A few days ago a company called Fonkraft unveiled a new design for a modular smartphone platform and launched a crowdfunding campaign to raise $50,000 to turn the concept into reality.

That struck me as a surprisingly small amount of money for such an ambitious project… and apparently I wasn’t the only one who was concerned that Fonkraft might be nothing more than a series of pretty pictures.

Indiegogo has removed the campaign and informed backers that their contributions have already been refunded. 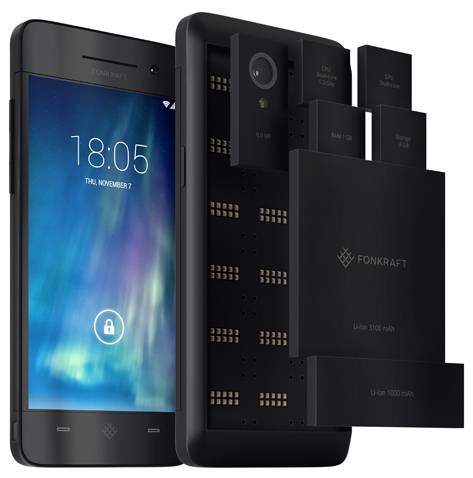 Crowdfunding can be a powerful tool for startups looking to raise money to bring new products to market. But sometimes when something looks too good to be true, it really is.

In this case the team behind Fonkraft was making big promises while providing almost no information about their own background and experience, what technology would be used to make the modular smartphone work, or how it was possible to offer fully functional hardware for as little as $99 as soon as this fall.

If Fonkraft were based on existing technology then sure, this’d all be possible… but the creators of the project wanted to design a brand new smartphone shell, a series of unique modules offering batteries, speakers, cameras, processors, memory, and storage, removable displays and a system that would allow them all to work with one another… and they were only asking for $50,000 in pledges to make that happen.

Keep in mind that Canonical tried to raise $32 million to create the Ubuntu Edge smartphone a few years ago and cancelled the project when the company only managed to get pledges for around $13 million. Because that’s the kind of money it takes to design an entirely new type of smartphone.

The only reason I’m at all surprised that Indiegogo killed the Fonkraft campaign is that the crowdfunding site has a less-than-stellar track record in self-policing.

Last year a startup called Healbe raised over $1 million to create a fitness tracker called the GoBe that promised to do a few impossible things. The company did eventually deliver a real product… but as expected, it doesn’t actually work. But at least it’s a real device. You can even buy one today if you’ve got $300 to waste.

There’s every reason to believe that Fonkraft was never anything more than a pipe dream.