The Lenovo Folder Pad Tablet is a multi-mode tablet designed to be held in your hands or propped up on a tablet like a touchscreen monitor. It gets its name from the stand which pops out like a flap from the back.

Connect a wireless keyboard and you can use the system like a desktop PC. Fold the kickstand flat and you can pick it up like a tablet. 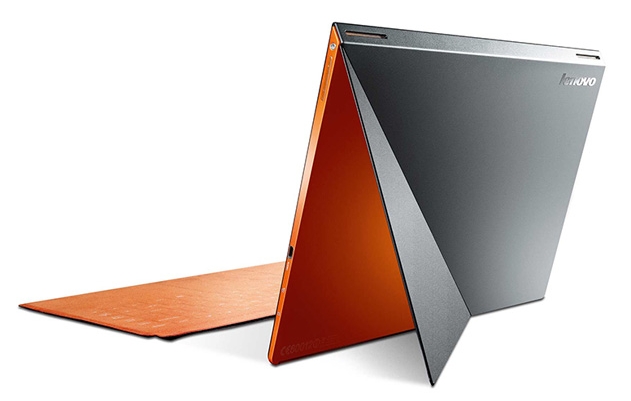 Lenovo hasn’t officially announced the Folder Pad yet, but the designers are apparently hoping to win some awards — it’s been submitted to the IDSA and Red Dot organizations for consideration — and the fact that it hit the IDSA site in June suggests the Folder Pad’s been in the works for a while.

Neither site has any details about the screen size or resolution, processor, or even the operating system the tablet is running. But it looks like the tablet has stereo speakers, a wedge-shaped design (with one end a bit thicker than the other), and a flat keyboard that looks a lot like the Microsoft Surface Touch Cover.

In fact, the whole tablet seems to draw a bit of inspiration from the Microsoft Surface, which also has a built-in kickstand. But while Microsoft’s tablet latches onto the keyboard for use in laptop mode, Lenovo seems to be positioning the Folder Pad as more of a desktop-style device, with a keyboard that rests on the table in front of the tablet. 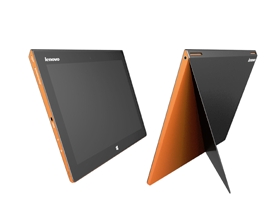