Last year, Amazon added a one-hour delivery service in certain major cities. Customers can get tens of thousands of items delivered from the online retailer (or local stores near you) within an hour.

Now the company is looking for delivery drivers to support Amazon Prime Now in select markets (starting with Seattle). Only, instead of hiring full and part-time employees, Amazon wants you to work as a contractor in an Uber-style arrangement where you provide your own car and tell the company when you want to work. 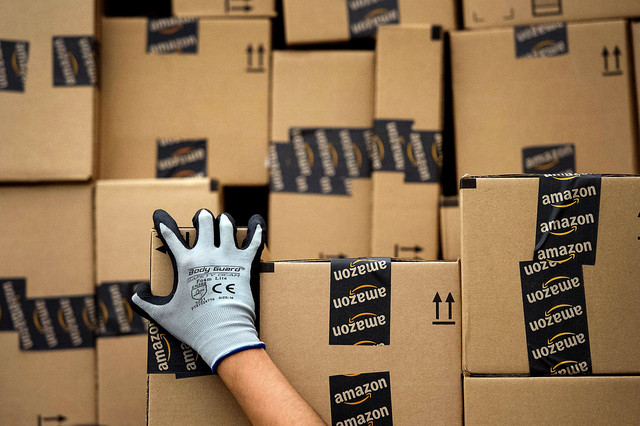 With Amazon Flex, the company will pay between $18 and $25 per hour to qualified drivers, who must have their own car, a clean driving record, and an Android phone. Drivers can choose to be available in two, four, or eight-hour blocks on the same day, or set a 12-hour block on a future day.

Basically, drivers are on-call during the designated time period. You may deliver four packages in two hours, or zero packages in eight hours.

However, Amazon doesn’t have to pay you while you are not actively delivering.

The idea, presumably, is that you could make a few extra dollars on your day off by being available to deliver packages in your area. However, wear and tear on your car won’t be compensated for. Nor will traditional benefits be provided, like health care.

Amazon is following in the footsteps of young startups by entering into this type if arrangement. Companies like AirBnB and Lyft participate in a “sharing economy,” where they share their own assets, like a car or house, in exchange for payment from users. Companies like Task Rabbit participate in a “gig economy,” where they hire themselves out to the highest bidder on a job-by-job basis.

However, why a multi-billion dollar company like Amazon would need to cut corners by recruiting drivers in a similar way, is unknown. There are plenty of Seattle residents looking for a steady job, and Amazon could provide that type of employment, but instead is parceling out pay in bite-sized tasks without having to provide the same level of security that hiring employees would require.

The company plans to expand Amazon Flex to nine additional cities in the future.