I’ve been testing a number of tablets, notebooks, and other computers that can dual-boot Android and Windows recently. And I’ve noticed that many of them have the same problem: set the time in Windows, reboot into Android, and when you reboot into Windows again the time will be off by several hours.

It turns out that this is a long-running issue with computers that dual-boot Windows and alternate operating systems. And there’s a pretty simple fix. 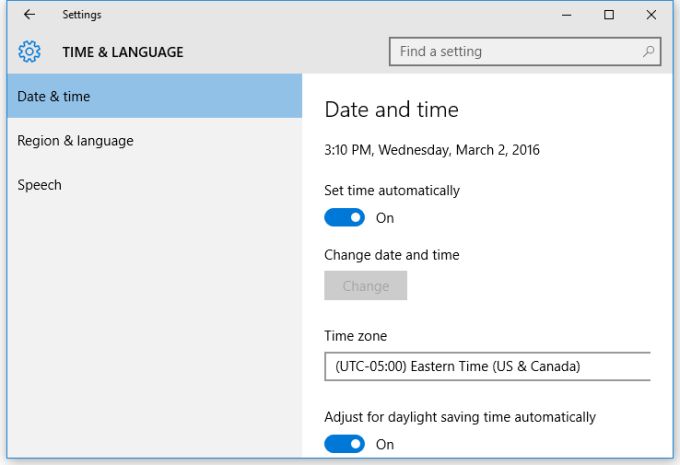 You could theoretically change set some of those operating systems to use LocalTime… but it’s easier to set Windows to Universal Time.

Note that the steps outlined below only work reliably if you’re using Windows 7 or later. But really, you should be. Windows XP is no longer officially supported, and Windows Vista is best forgotten altogether.

I’ve been playing with dual-boot configurations for over a decade, but hadn’t really noticed this problem until recently, when I started using a series of dual-boot Android/Windows tablets from China or when I tried installing Remix OS (a custom version of Android) on my PC.

It turns out that’s because most of the dual-boot solutions I’d tried involved Ubuntu… which automatically detects if Windows is installed on a computer when you’re installing the operating system, and uses LocalTime if it is.

But the problem has been around for a long time… as has a solution.

How to set the Windows clock to Universal Time

All we need to do is change one small registry setting:

1. Open the Start Menu (or Start Screen, depending on the version of Windows you’re using.

2. Type “regedit.exe” into the search box and hit enter.

3. When the registry editor opens, navigate to: 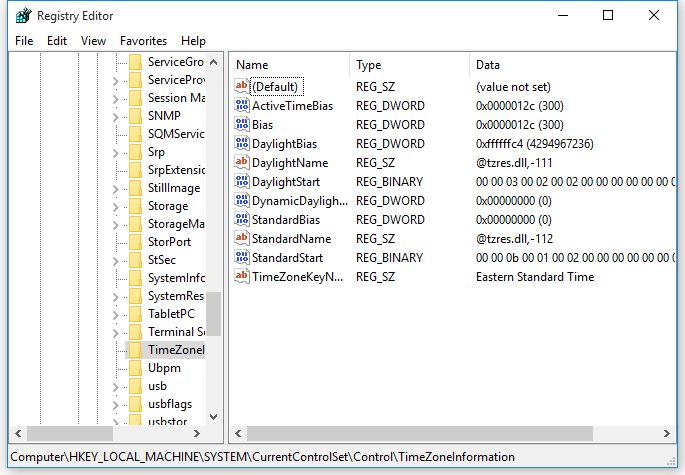 4. Right-click in the pane on the right and select New. 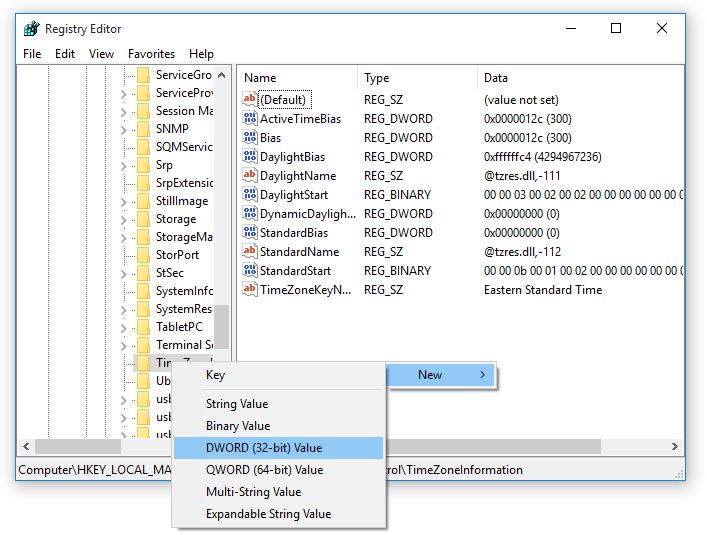 6. Name that new DWORD “RealTimeIsUniversal” (without the quotes).

7. Doubleclick RealTimeIsUniversal and change the Value from 0 to 1. 8. Reboot your computer into the non-Windows operating system.

Now the next time you boot into Windows, the time should be correct.

Move to London, where the local time and Universal Time are  the same during at least part of the year.

via Lifehacker and ArchLinux Wiki