Israeli PC maker Compulab’s latest mini desktop is a fanelss PC called the fitlet2. It measures about 4.4″ x 3.3″ x 1″ (or so), weighs about 12 ounces, and has an all-metal chassis with a convection cooling system that doesn’t require any fans or vents.

The fitlet2 isn’t exactly a high-performance PC. It’s powered by a choice of Intel Apollo Lake processors, and Compulab positions it as a system you could use as an Internet of Things gateway, among other things. But it’s a small, low-cost, low-power computer that could certainly be used for other things as well.

Prices should start at $153, although I suspect that you’ll only get a barebones model for that price. 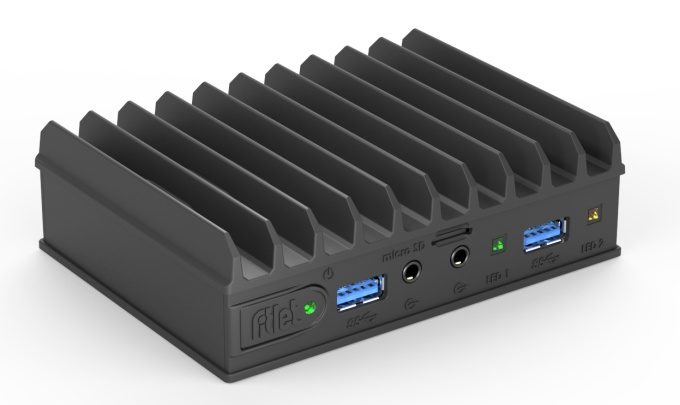 Compulab says the fitlet 2 supports up to 16GB of RAM and can use M.2 SATA solid state drives, eMMC storage, or a 2.5 inch hard drive or SSD.

The computer is also designed to be easy to disassemble so you can add memory, storage, or other hardware.

The models with lower-power processors are about an inch high, while the higher-performance models at about 1.3″ to make room for the cooling fins.

You should be able to buy the fitlet2 from Compulab or Amazon soon.

via Phoronix and FanlessTech