Fitbit may have gotten into the smartwatch space in recent years, but the company is still best known for its fitness trackers, and today Fitbit is introducing an update to its top-of-the-line Fitbit Charge series.

The Fitbit Charge 3 is coming in October and goes up for pre-order starting today for $150 and up.

At a glance, it looks a lot like the Fitbit Charge 2, but the new model has a better screen, improved durability, and some new features. And unlike most smartwatches, the Fitbit Charge 3 can run for up to a week at a time between charges. 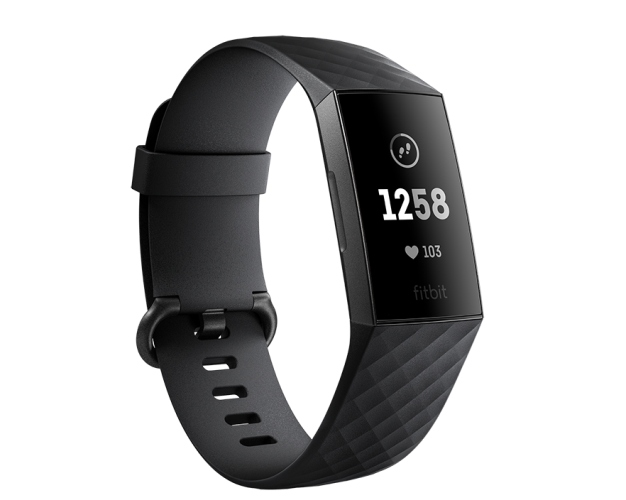 The Fitbit Charge 3 features a touchscreen grayscale OLED display covered with Corning Gorilla Glass 3. Fitbit says the screen is almost 40 percent larger and brighter than previous versions, supports shades of grey instead of just black and white, and supports touch navigation instead of physical buttons.

The activity tracker does not feature GPS or WiFi, but it syncs with a computer or smartphone vie Bluetooth low energy.

You can also see smartphone notifications for incoming calls and text messages, calendar appointments, and from apps. Android users will also be able to use quick replies to respond to messages directly from the Fitbit Charge 3.

An entry-level Fitbit Charge 3 is priced at $150, but you can also pay an extra $20 for a version with an NFC chip and support for Fitbit Pay in case you want to be able to leave your wallet and phone at home and still buy stuff when you’re on the go.