Fitbit seems to be having trouble keeping a lid on its upcoming line of wearables. The company makes some of the most popular fitness trackers on the market, and we recently learned that two new activity-tracking wristbands called the Charge and Charge HR are on on the way.

Now the Verge reports that Fitbit also plans to launch its first smartwatch, the Fitbit Surge. 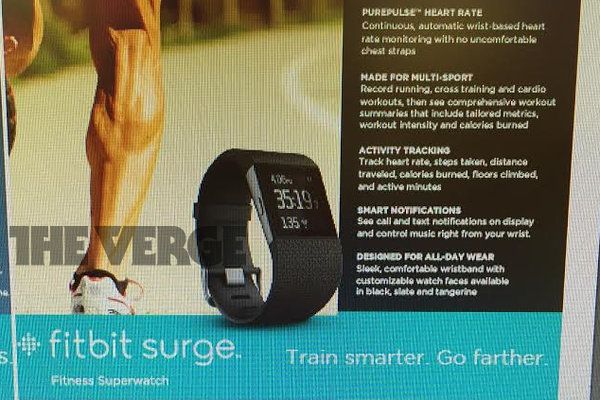 The watch is expected to sell for $249 and combines notifications and other smartwatch features with fitness tracking hardware and software.

It includes GPS for runners that want to keep track of their routes, a heart rate monitor, and distance, pace,and elevation tracking. Like many other fitness trackers it’ll also monitor sleep quality and estimated calories burned.

When you pair the Fitbit Surge with a phone you can also view notifications for incoming calls and text messages and use it to control media playback.

This watch doesn’t include support for third-party apps or nearly as many functions as you’d get with a Pebble, Apple Watch, Samsung Gear watch, or a device running Android Wear software. But it’s more traditionally watch-shaped than most of Fitbit’s other devices, which look more like bracelets than watches. It has a larger screen and supports customizable watch faces.