As expected, activity tracker company Fitbit is acquiring smartwatch maker Pebble. And as expected, the company is mostly interested in Pebble’s “key personnel and intellectual property… not the company’s existing line of hardware and software.

So Pebble is basically shutting down, canceling the products the company had announced this summer, and voiding warranties for existing products.

If you already have a Pebble watch it will continue to work… for now So I guess that’s good news for the company’s customers. Kind of? 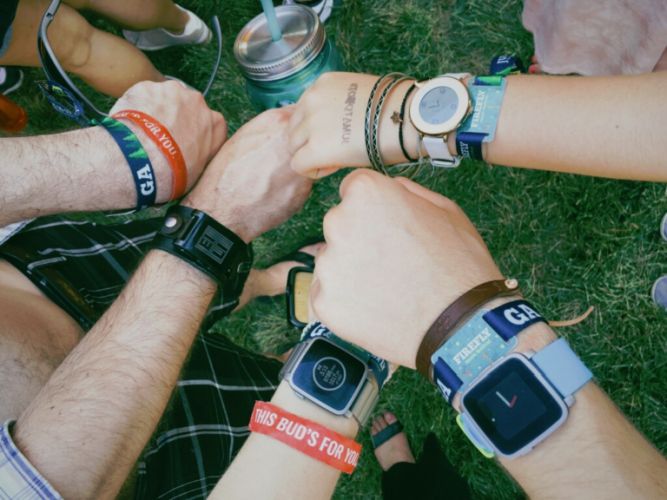 Fitbit says its purchase of Pebble’s software and firmware intellectual property will help the company make smarter wearable devices. But Fitbit is not buying Pebble’s hardware, leaving that part of Pebble’s business pretty much homeless.

Pebble will no longer produce new hardware. The company is no longer taking or fulfilling orders for watches placed through Pebble.com (although you’ll probably be able to buy watches from retailers that still have inventory in stock for a while), and products like the Pebble Time 2 and Pebble Core which haven’t shipped yet never will.

If you already have a Pebble watch, it will continue to work for now, but Pebble says there will be no more software updates and services and functionality may decrease over time (for instance, there’s nobody left to work on compatibility with future versions of Android or iOS).

Dismayed by the news and want to return your recently-purchased Pebble device? Tough. The company says it will continue to process any refunds that were initiated prior to December 7th, 2016. But you can no longer return a watch purchased through the website. If you bought a Pebble device from a third-party store you may be able to get a refund depending on that retailer’s return policy.

Backers of the company’s Kickstarter campaigns who have yet to receive their rewards will get refunds for unfulfilled Pebble 2 Time 2, and Core orders. It might take until March for everyone to get their refund through Kickstarter though.

Wondering why one of the pioneers in the smartwatch space would sell its assets and close up shop? Bloomberg reports that Fitbit is paying “less than $40 million” for the company, which has “debt and other obligations that exceed that.”

Update: It turns out that Fitbit paid a lot less than $40 million. It’s actually closer to $23 million.

Fitbit isn’t taking on the debt as part of the deal. Instead, Pebble’s remaining assets will be acutioned off separately.