Fisher Price has made tons of iconic toys for children over the years. One its most memorable, the Chatter phone, got a 21st-century reissue this year.

The updated Chatter phone features Bluetooth connectivity, allowing you to pair it with your smartphone to make and receive calls. 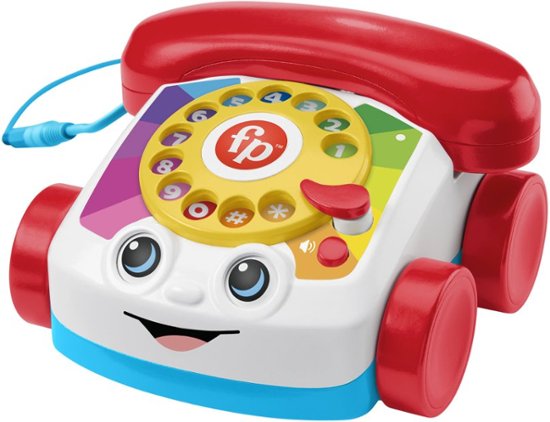 This cheerful little device can even be used as a speakerphone, so you can finally recycle that stodgy Poly sitting on your desk and replace it with something a whole lot more playful. Just imagine the looks you’ll get on your next Zoom call when your co-workers catch a glimpse of the Chatter phone’s cheerful little face!

Power is supplied via a micro USB port, but Fisher Price has also equipped Chatter with a lithium ion battery that provides up to 9 hours of talk time. 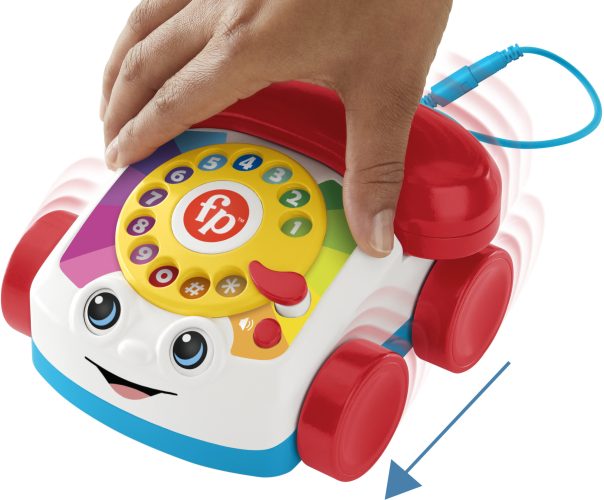 That means you can still take Chatter for a drive and watch its eyes wobble to help pass the time when you’re stuck on a long, boring call. Just don’t wheel it more than 15 feet away from your phone, because that’s about as far as Chatter can go without dropping the Bluetooth connection.

As an added bonus you can, in fact, use Chatter a Bluetooth speaker, too. Take him along on your next picnic at the park or day at the beach and crank up the tunes!

To get in on the fun all you have to do is get your hands on one. Unfortunately that’s not as easy as running down to the nearest Walmart or Toys-r-Us.

The Bluetooth-enabled Chatter is a Best Buy exclusive and only a limited number were released by Fisher Price. They sold out very quickly on Best Buy’s website because nostalgia is one of the most powerful forces in the universe.

There will be another release… sometime in 2022, according to responses on Best Buy.