The first Windows 10 PCs with ARM-based chips are coming soon… like real soon.

Lenovo, HP, and Asus have all unveiled convertible notebooks or 2-in-1 tablets featuring Windows 10 and Qualcomm Snapdragon 835 processors, and now Qualcomm has announced that the first of those devices will be available “beginning this calendar quarter.”

In other words, you’ll be able to buy a Windows 10 PC with an ARM-based processor by the end of March… if that’s something you want to spend money on. 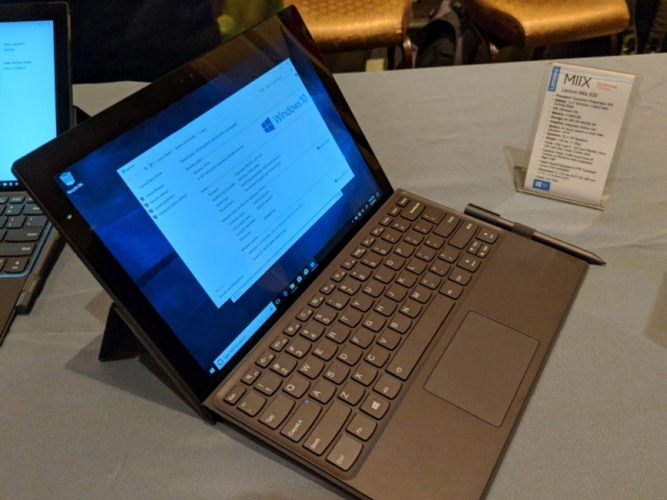 Qualcomm says the first Always Connected PCs powered by its processors will be available from Amazon and the Microsoft Store in the US, as well as several other retailers in the UK, Australia, China, Italy, and France.

The idea behind these PCs is to combine the functionality you get with a Windows PC with the long-battery life, and always-connected-to-the-internet features that come with an ARM-based processor.

But it turns out that Windows PC with ARM chips won’t be able to do everything their counterparts with Intel or AMD processors can. There’s no support for x64 apps, for instance. Many drivers may not work, and some games may not either. Windows Hypervisor Platform isn’t supported. And there are some other types of apps that may not behave as expected, including those that add shell extensions (like adding features to the right-click menu in Windows Explorer).

Meanwhile, there are already some “always-connected” PCs with Intel chips and LTE modems that offer long battery life and low power consumption. So the value proposition of Windows on ARM isn’t entirely clear at this point… especially since prices are expected to start at around $599 for the Windows on ARM devices we’ve heard about so far.

Fortunately HP has given us a relatively simple way to compare Windows on x86 and Windows on ARM: the company has versions of the HP Envy x2 2-in-1 tablet that ship with both types of processor. The version with a Qualcomm Snapdragon 835 chip is expected to offer about 25 percent longer battery life and be a bit thinner and lighter.

It’ll be interesting to see how these Snapdragon 835-powered PCs fare in the marketplace.. and if other ARM-based chip makers such as MediaTek enter the market with lower-priced alternatives that may make the proposition of a Windows on ARM PC a little more attractive to folks who were hoping not just for longer battery life, but also for lower price tags.