The BQ Aquaris M10 Ubuntu Edition is a tablet with a 10.1 inch display, a 64-bit MediaTek quad-core processor, 2GB of RAM, and Ubuntu software. It’s also the first device to ship with support for Ubuntu’s “convergence” feature, allowing you to interact with a phone/tablet-style user interface when using the device as a tablet, and a desktop-style UI when a keyboard and mouse is detected.

Canonical and BQ unveiled the tablet in February, and now it’s available for pre-order for about 250 Euros ($280) and up.

Update: Pre-orders are done. Now you can just buy the tablet. 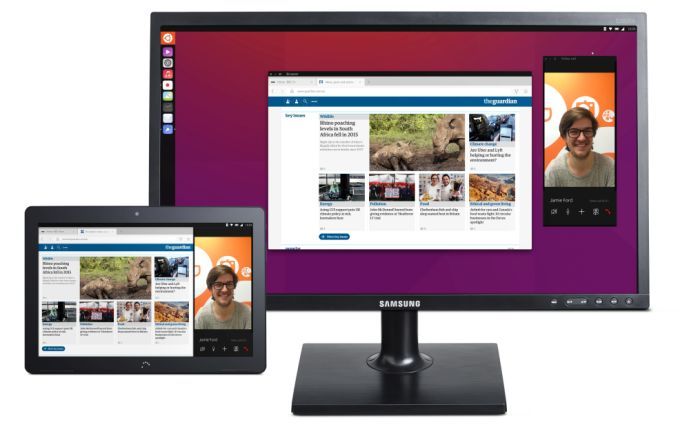 BQ also sells Android versions of the same tablets for less money. But the key selling point of the Ubuntu Edition models is that you can run touch-friendly, Ubuntu Phone-style apps on the go and then connect a keyboard, mouse, and maybe external display to get the full Ubuntu desktop experience, complete with support for viewing multiple apps in resizable windows and running desktop apps such as Firefox, Libreoffice, and GIMP.

Convergence only works when a mouse is detected. So you won’t be able to access the desktop interface when using the Aquaris M10 Ubuntu Edition strictly as a tablet. And since the device has an ARM-based processor, you’ll only be able to run desktop apps that have been compiled for that architecture… although there seem to be ARM versions of most popular Ubuntu apps.