Tizen is a Linux-based operating system for mobile devices that’s backed by Samsung and Intel, among others. The first phones and tablets running Tizen aren’t quite ready for consumers yet, but if you’re in Japan you may be able to pick up a Tizen tablet aimed at developers.

The goal is to provide a device that developers can use to ready apps for the Tizen operating system, but the tablet that Systena is offering as a developer kit looks like a pretty decent device in its own right. 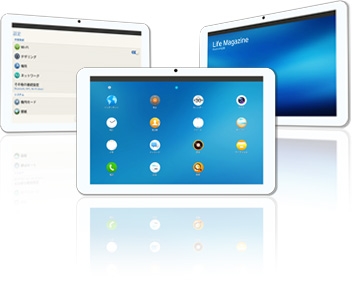 It has 802.11b/g/n WiFi, Bluetooth 3.0, front and rear cameras, a microSD card slot, and the tablet’s available in red or white colors.

Folks who get their hands on one of the developer devices will also get access to the source code and documentation for writing apps for the platform.

According to SamMobile, we might not have to wait long to see the first Tizen-based smartphones. But as the folks behind Ubuntu Phone OS, Sailfish, and Firefox OS can tell you, one of the challenges facing any new mobile operating system is the relatively small number of apps available at launch. So it’s important to provide developers with tools to create apps for a new platform or port existing apps to the new operating system before it officially launches.