Japanese wireless carrier NTT DoCoMo has introduced 16 new phones and tablets for its winter lineup — including the first mobile phone to ship with an IGZO display from Sharp.

IGZO stands for Indium Gallium Zinc Oxide, and they’re thinner than traditional LCD displays and don’t require as much light from a backlight, which helps reduce energy consumption. 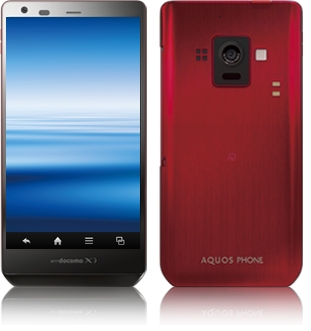 One of the advantages of an IGZO screen is that it can support higher pixel densities than some other screen types. So theoretically the manufacturer could have packed even more pixels into that 4.9 inch screen, but with 300 pixels per inch, I doubt most users will complain.

The Verge reports that in a demo, the display used 25% as much power as a standard LCD when idle, and just 75% as much when active. That could lead to longer battery life.

NTT DoCoMo will offer the SH-02E with Andorid 4.0 Ice Cream Sandwich. It will ship in November or December.