The Zotac ZBOX PI320 pico is the smallest desktop Windows computer I’ve ever held in my hands. I should say hand. This little computer is small enough to hold in the palm of one hand, or easily slide into a pocket.

Despite its small size, this little device is a full-fledged PC. It runs Windows 8.1 with Bing software, features a low-power 1.33 GHz Intel Atom Z3735F quad-core processor, 2GB of RAM, and 32GB of solid state storage.

Zotac says the ZBOX PI320 pico will be available by the end of October for $200.

Update: Check out our full review of the ZBOX PI320 pico for more details. 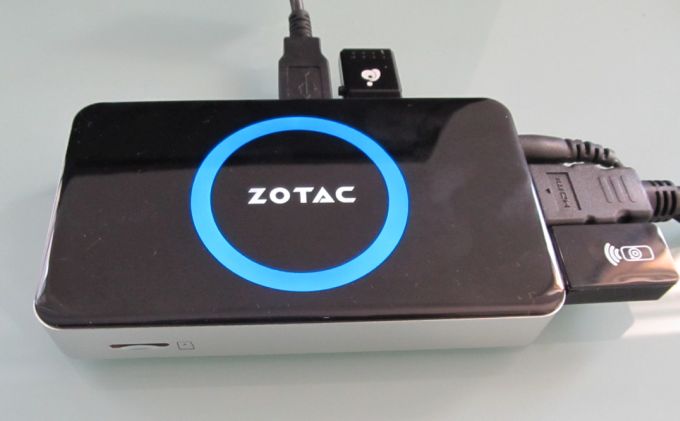 Zotac provided me with a ZBOX PI320 pico to test.

The system has 3 USB 2.0 ports, an HDMI port, a headset jack, and an Ethernet jack.There’s also a microSDXC card reader and a power button. Under the hood it also features 802.11n WiFi and Bluetooth 4.0.

On top of the device there’s a Zotac logo which is surrounded by a circle that glows blue when the computer is switched on.

The bottom is bare — but the system comes with a small plastic VESA mount that you can clip onto the bottom if you want to attach the ZBOX PI320 pico to the back of a TV or monitor.

There’s one thing you won’t find on this little computer: a vent. Thanks to the 2.2 watt (SDP) processor, the system doesn’t generate a lot of heat, which allowed Zotac to design a fanless case. It gets a little warm during use, but I haven’t seen the CPU temperature rise any higher than 50 degrees Celsius while I’ve been using the computer.

I’ve been testing the little computer for a few hours and I’ve been pleasantly surprised by just how responsive it is. I’ll have benchmarks and more performance notes in my full review, which will be published later. But here are some of the things I’ve already used the PC for:

Not once did the computer feel sluggish while doing any of those things. I’ve hooked it up to a 1080p display and a wireless keyboard/mouse combo device. It also works with a wireless remote control such as the Remote+ air mouse/remote I recently wrote about. 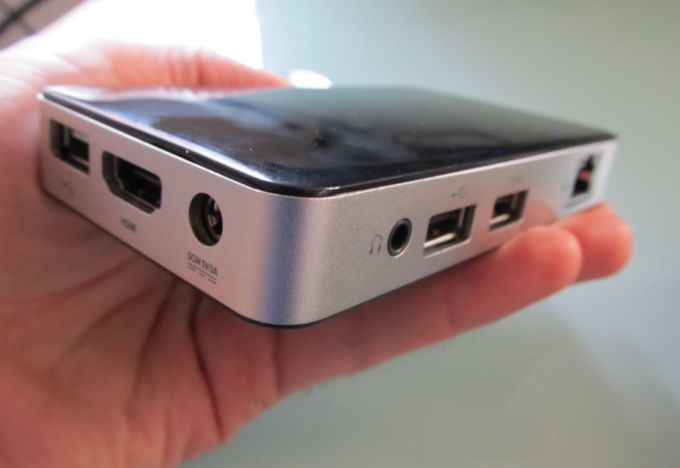 For $200, the Zotac ZBOX PI320 pico could make an attractive little media center PC. But I suspect you could also use it as a small, low-power all-purpose desktop as long as you don’t need bleeding edge performance. It also happens to be small enough to be portable.

Intel’s Atom Bay Trail processors have breathed new life into low-power Windows tablets and notebooks since they first hit the streets in late 2013. Now it looks like they’re doing the same for compact desktops.

For $200, you shouldn’t expect a no-compromise computer. The ZBOX PI320 pico appears to have single-band WiFi. It recognizes my 2.4 GHz WiFi network, but not the faster 5 GHz network in my home office. And while the Atom Z3735F processor can handle 1080p HD video playback and general-purpose computing, it’s not fast enough for serious gaming and while you can use this little computer for CPU-heavy tasks such as video editing, it will take a lot longer to render a video than a machine with an Intel Haswell processor. 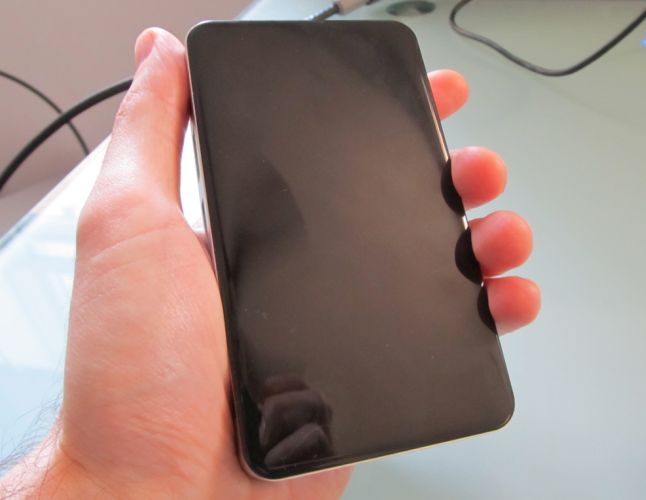 Stay tuned for a more detailed look at the Zotac ZBOX PI320 pico… and to see if I can get a Linux-based operating system or two to run on the device. But one of the main things that sets the ZBOX PI320 pico apart from ARM-based mini PCs is the fact that it can run Windows and not just Android or Linux.

The fact that it comes preloaded with Windows also sets it apart from the device that’s probably its closest competition, the ECS LIVA mini PC with an Intel Celeron Bay Trail processor. The ECS LIVA kit sells for $165, but ships without an operating system.