The One Netbook One Mix Yoga mini PC will ship with Windows 10 when it hits the streets in the coming weeks, but since I’ve been testing a pre-production prototype sent to me by the folks at Geekbuying (who are taking pre-orders for $460), I figured I’d see how it handles the recently-released Ubuntu 18.04 Linux operating system.

For the most part it was smooth sailing, but there was one major issue: the Ubuntu didn’t recognize the little computer’s audio hardware out of the box. So while the keyboard, optical touch pointer, touchscreen, and digital pen all worked out of the box, audio did not. 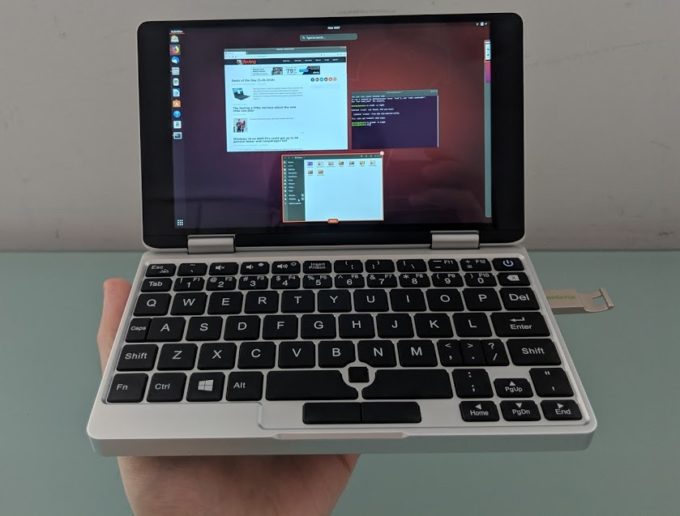 It’s possible that the fix is as simple as locating the correct driver and installing it. Or you could plug in a USB audio dongle.

Another issue that arose is a little less significant: the display was in portrait orientation even when I was using the computer in laptop/landscape mode.

In order to fix that, I just hit the Windows key to open up the Ubuntu launcher/head-up display, typed “terminal” to open a terminal window, and typed “xrandr -o right” to rotate the screen so it was oriented properly. (Note that you shouldn’t include the quotation marks when typing any of those things).

Once I did that, I was able to connect to a WiFi network, open a web browser, and play videos from YouTube. I just couldn’t hear them.

If you’re wondering how easy it is to boot Ubuntu or another OS from a USB flash drive, the answer is very.

Just insert the flash drive with the OS you want to run, hit the power button to start the PC, then hold down the FN+F7 keys when the One Netbook logo shows up to get to a boot menu. 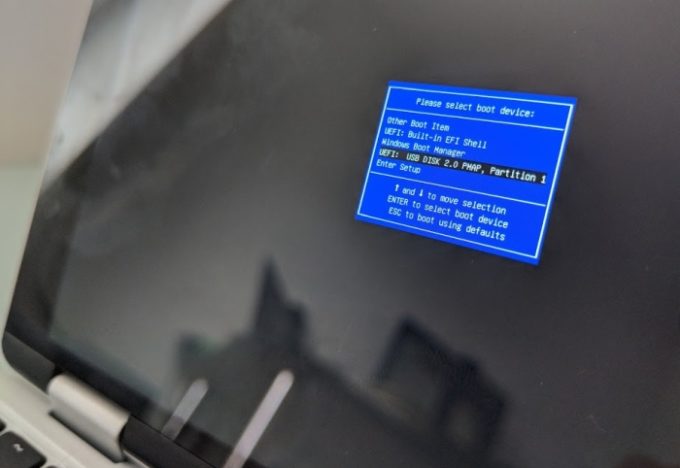 From there you can choose to boot from a USB drive, enter the UEFI/BIOS settings, or access a few other options. Booting Ubuntu 18.04 from a flash drive takes just a minute or two.

You can see the whole process in the video below (as well as the unexpected shutdown near the end… this is still a prototype device, after all):