When the MK802 Android mini PC hit the streets in 2012, one of the most interesting things about it was the fact that you could install Linux on it and turn it into a cheap, tiny desktop computer. Since then, dozens of small ARM-powered devices designed to run Android apps on your TV have hit the streets, and hackers have figured out how to run Ubuntu and other Linux-based software on many of them.

But the Rikomagic MK802 IV LE is one of the first devices of its type to come with Ubuntu pre-loaded.

The folks at Rikomagic sent me a demo unit to test, and while it’s not the fastest computer on the market, it’s a surprisingly capable little machine that sells for around $130. 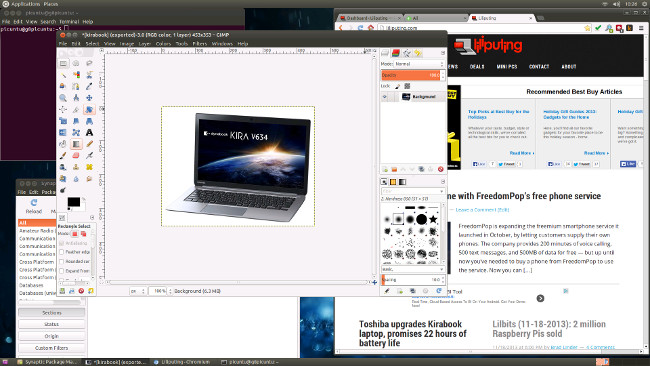 The MK802 IV LE features a Rockchip RK3188 ARM Cortex-A9 quad-core processor with ARM Mali 400 graphics, 2GB of RAM, and 8GB to 16GB of storage. It has 2 micro USB ports (one of which is used as a power supply), 1 full-sized USB port, an HDMI connector, and a microSD card slot.

Rikomagic also includes a USB OTG adapter so you can use one of the small ports as a full-sized USB port and an HDMI adapter cable in case you can’t plug the stick-shaped computer straight into the HDMI port on your TV or monitor.

The device curently ships with a custom version of Ubuntu 13.04 called PicUntu. You can install PicUntu yourself on many Android TV boxes with Rockchip’s latest processors, but you may run into problems with WiFi or other hardware.

Almost all the MK802 IV LE hardware is supported out of the box — the exception is hardware-accelerated graphics. That means that while you can watch videos or play 3D games, there’s no GPU acceleration.

The mini PC will instead rely wholly on CPU power, which means that some games may run very slowly and some videos may look choppy — I watched a few YouTube videos at 360p without problems, but blowing them up to full screen or increasing the resolution turned them into slideshows. 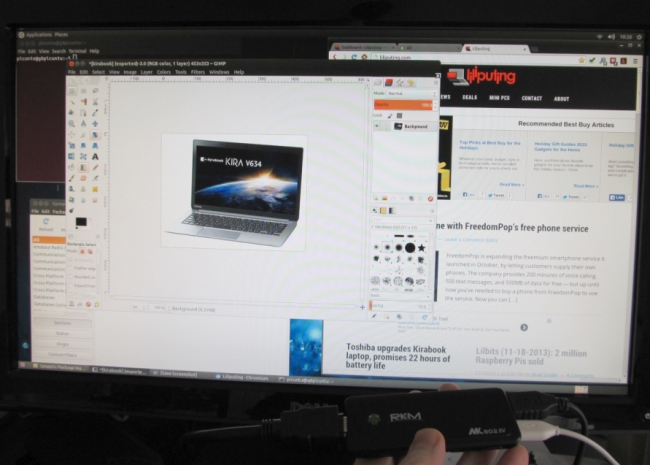 In terms of overall performance, using the MK802 IV LE feels a lot like using a computer from a few years ago. It’s reasonably fast most of the time — but gets a bit bogged down when you ask it to do too much at once.

I was able to to surf the web in the Chromium browser with half a dozen browser tabs open and edit images using GIMP. But things slowed down significantly when I tried installing the Abiword word processor using the Synaptic Package Manager.

The MK802 IV LE seems like it would be a fun toy for someone who wants to tinker with a cheap Linux computer and doesn’t want to bother setting up the software on their own. And if you keep your expectations low, it might even be good enough to use as a secondary (or even primary) computer. I recently spent a few hours of my workday using the Linux mini PC to research and write blog posts for Liliputing.

But it’s a bit underpowered to really recommend as a serious work machine — and the lack of hardware-accelerated video means it’s not much use as a media center (at least not yet). If you’re looking for a device for watching Netflix, Hulu, and YouTube, you might be better off with an Android model… or a Chromecast or Roku. 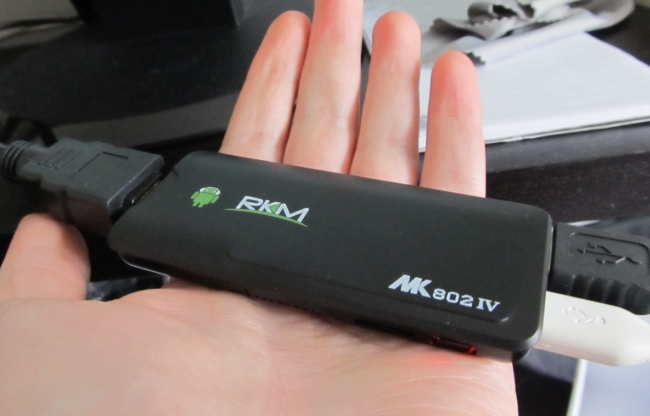