This fall Lenovo will begin selling two new Yoga-branded laptops that were unveiled at IFA.

Strangely, the Yoga S730 is the first Lenovo Yoga device that doesn’t have a touchscreen display or a 360-degree hinge that allows you to fold the screen back for use in tablet mode.

So when I got a chance to check out the new laptops, I asked a Lenovo representative about the names. 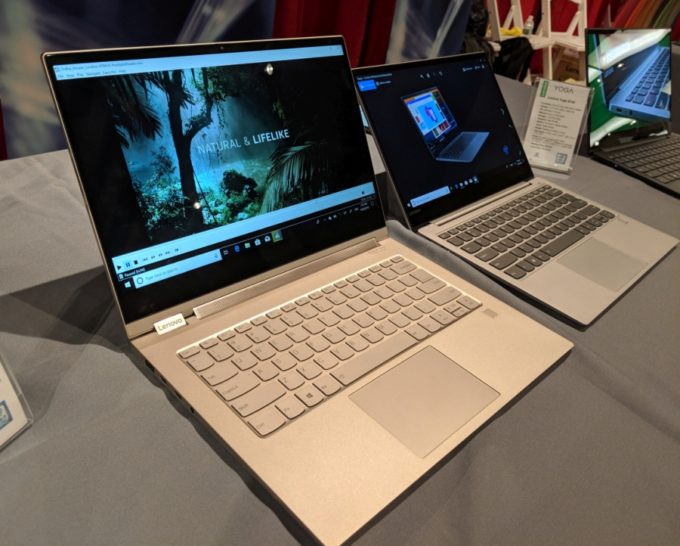 Lenovo unveiled its first convertible laptop with the word “Yoga” in its name in 2012. At the time it was pretty clear that the computer got its name from the unusual (by 2012 standards) hinge that let you push the screen all the way back.

Since then, Lenovo has released dozens of Yoga devices including Chromebooks, consumer notebooks, and ThinkPad-branded, business-class computers. Until now, they’ve all had 360-degree hinges.

But Lenovo says the Yoga name started to get some brand recognition on its own. So the company decided to adopt it as the brand for its premium consumer notebook lineup moving forward.

In other words, Yoga laptops are a step up from Lenovo’s mainstream IdeaPad notebooks. It’s Lenovo’s answer to the HP Spectre line of devices, Dell’s XPS family, or the Asus ZenBook lineup, for example.

But there is still a way to tell the convertible tablets apart from standard notebooks: look at the first letter ahead of the number.

Now that that’s out of the way, let’s take a closer look at the laptops coming this fall.

This model is the thinner, the lighter, and has a newer processor. But it’s also the cheaper of the two, with prices expected to start at $1000 when the Yoga S730 goes on sale in November. 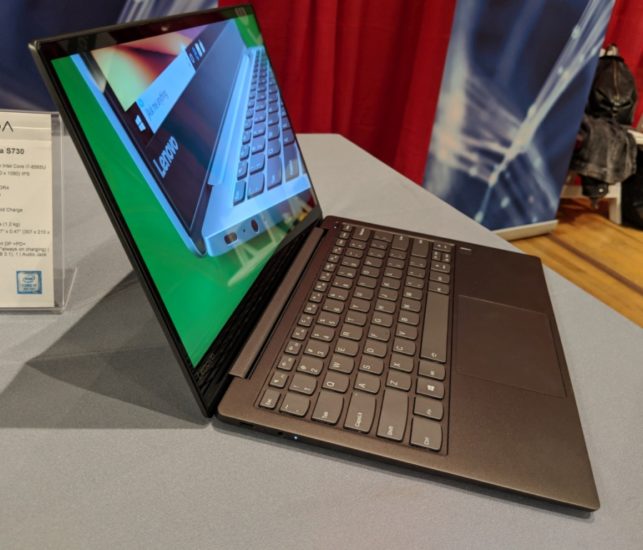 While the screen doesn’t bend all the way backward, the laptop does have a 180-degree hinge, so you can fold it flat against a table if that’s something you really want to do.

Other features include two Thunderbolt 3/USB Type-C ports, a USB 3.1 TYpe-C port, and a headset jack.

While one of the most surprising things about the Yoga S730 is its lack of a 360-degree hinge, the Yoga C930 stands out in part due to a new type of 360-hinge, which features an integrated, rotating speaker with Dolby Atmos sound.

The design means that the speaker can project sound in the right direction whether you’re using the computer in laptop, tablet, tent, or stand modes. 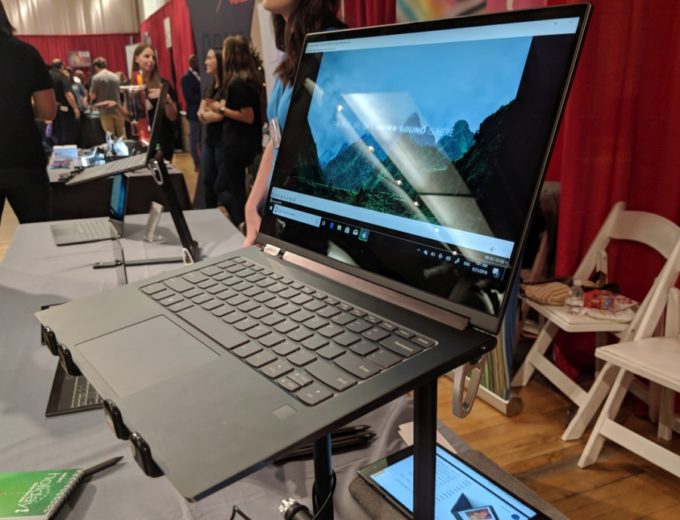 The Yoga C930 also works with an active pen that supports 4096 levels of pressure sensitivity, and when you’re not using the pen you can slide it into a slot in the back of the of the laptop.

The laptop has two Thunderbolt 3 ports and a USB 3.1 Type-A port and the power and volume buttons are on the right side of the computer where they’re easy to access whether you’re using the system as a laptop or as a tablet.