The GPD MicroPC is a handheld computer with a 6 inch full HD display and an Intel Celeron N4100 Gemini Lake processor. It’s set to go up for pre-order through an Indiegogo campaign in February, and it should start shipping to backers in March or April.

While final pricing hasn’t been determined yet, a GPD representative tells me the company expects it to sell for around $300 during the crowdfunding campaign, give or take. The full retail price will be a little higher.

First announced in December, the microPC is the latest in a line of handheld computers from GPD. The company’s Win and Win 2 are gaming Windows 10 gaming computers with built-in game controllers. The GPD Pocket and Pocket 2 are more like tiny laptops with 7 inch screens. And the microPC is the company’s most affordable pocket-sized computer to date. It’s aimed at IT professionals or other folks who are looking for an affordable, versatile machine for use on the go — but it’s a quirky device that has some unusual design elements. 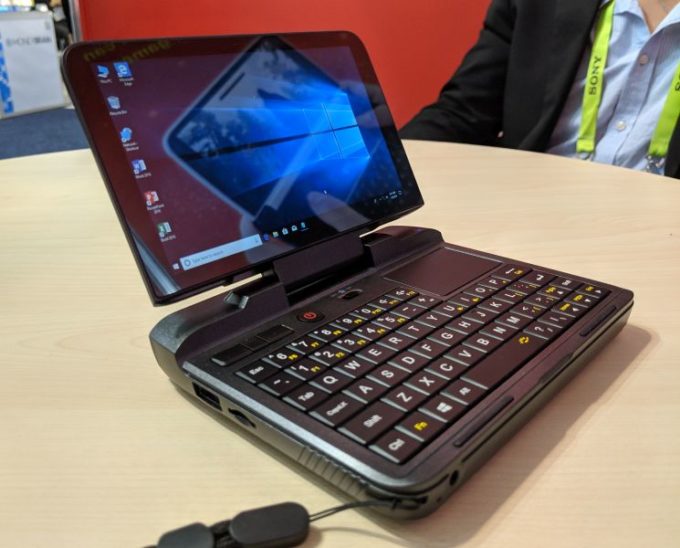 For example, the little computer doesn’t have a touchscreen. Instead there’s a touchpad above the top right corner of the keyboard, with left and right mouse-click buttons on the left side.

It feels a little weird to reach up to that touchpad if the system is resting on a table and you’re trying to use it like a laptop. But if you’re holding it in two hands and typing with your thumbs, it’s pretty easy to move one thumb up to the touchpad and the other up to the left/right buttons. 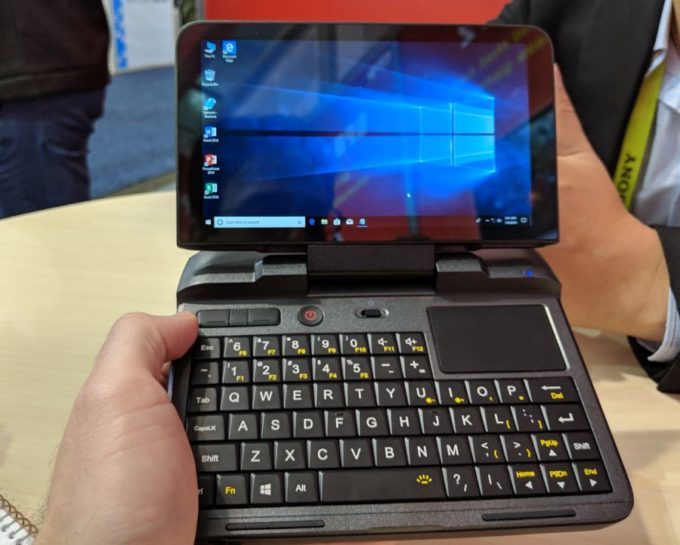 Speaking of typing, during my brief time with the microPC, thumb typing seems like the way to go. For two-finger typing, the keyboard feels large and luxurious — but the keyboard is small enough that I can easily reach center with my thumbs. 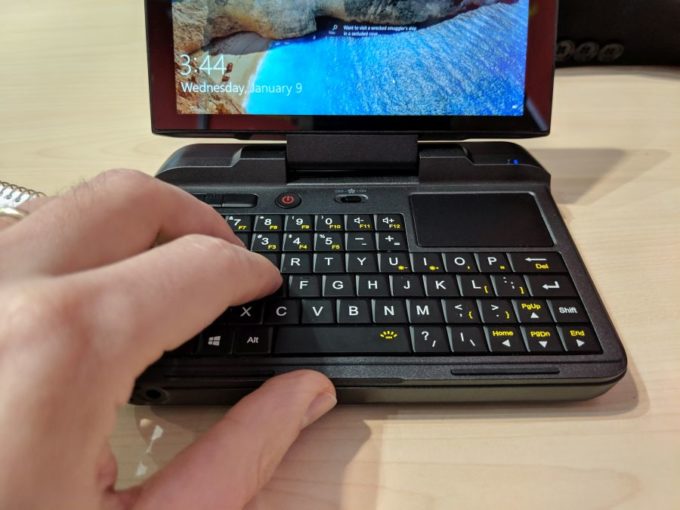 10-finger typing is a lot less comfortable. It’s probably something you could learn to do if you really tried. But I’m going to need to spend some more time with the microPC before deciding if that’s actually something that I ever really want to do.

Fortunately GPD has already shipped me a demo unit for testing… but it just arrived in Philadelphia while I’m in Las Vegas for the Consumer Electronics Show, so that testing will have to wait.

For now I can say that the company’s newest PC seems like an intriguing option for folks that were put off by the high price of earlier models. The RS-232 serial port on the back may seem like an odd feature, but it’s aimed at commercial or enterprise customers who may need that functionality. And its inclusion didn’t stop GPD from loading up the little computer with a decent array of ports.

Weighing about 1 pound, the little computer also comes with a lanyard you can wear around your wrist so you don’t drop the computer when you use it. 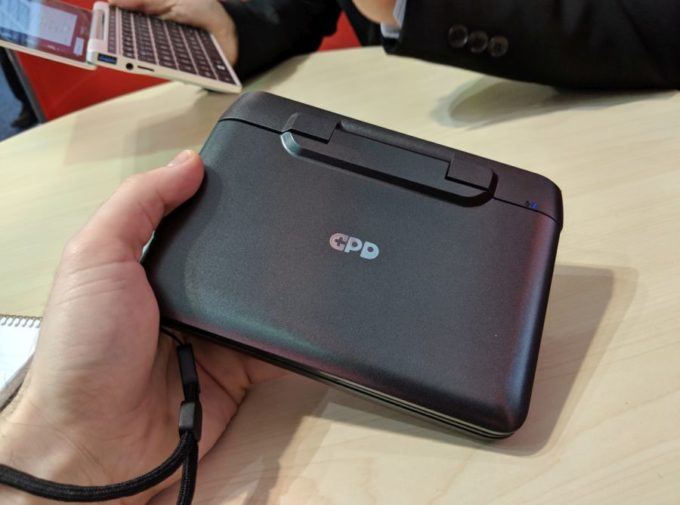 It has a USB Type-C port for charging and data, an Ethernet jack, three USB 3.0 Type-A ports, a microSD card reader, and a headset jack on the front. 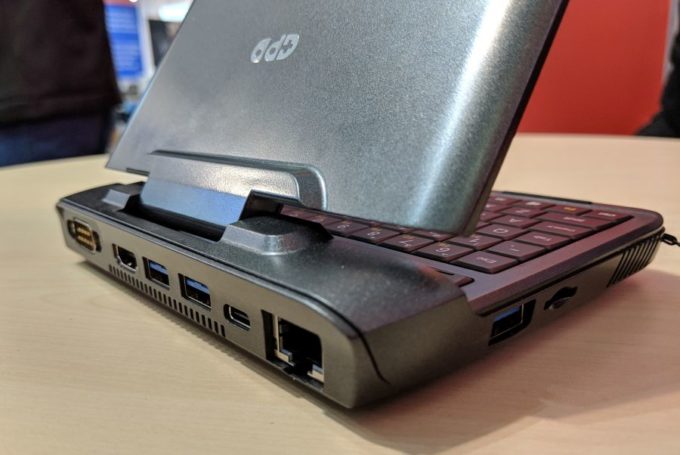 The MicroPC is also GPD’s first device with a backlit keyboard (although it was a little hard to see that under the bright lights of the CES showroom). There’s also a switch above the keyboard for turning the little computer’s fan on and off (depending on whether you want to prioritize performance or noise).

Update: GPD sent me a pre-release version of the MicroPC to test, and I’ve posted some initial thoughts, along with some benchmarks: