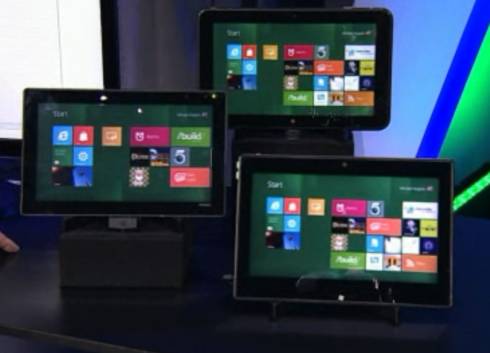 Windows 8 is designed to run on computers with ARM-based processors as well as x86 hardware from Intel, AMD, or other chip makers. While the prototype tablet Microsoft has been sending to tech journalists for review purposes is basically the Samsung Series 7 slate PC with an Intel Core i5 processor designed for Windows 7, today at the Build developer conference Microsoft showed off the OS running on three other tablets:

The user interface seems quite snappy on all three devices. It remains to be seen whether apps will run as well on ARM systems as they do on x86 devices.

Microsoft has also built support for a variety of new sensor types into the operating system, including gyroscopes, acceleremeters, magnetometers, and NFC (Near Field Communication) devices.

In other words, Windows 8 isn’t Microsoft’s volley against OS X… it’s Microsoft’s answer to Android, iOS, OS X, and pretty much every operating system that runs on anything larger than a smartphone.

Two of the things that have put Windows tablets at a disadvantage when compared with other mobile tablets are the lack of instant-on capabilities and the increased power draw. Windows 8 deals with both of those things, first by supporting low power ARM chips, and second by introducing a new “connected standby” mode. 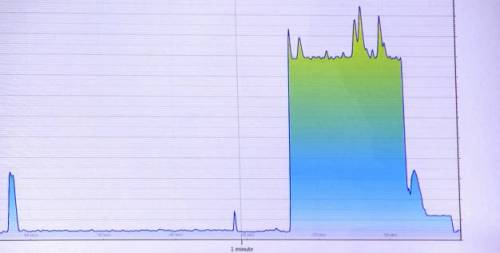 In connected standby, the computer doesn’t actually shut down. But most processes are paused while the computer just polls occasionally for incoming communications so you don’t miss any important messages. It also supports “instant on” capabilities, allowing you to press a power button and start using the computer almost right away.

When a window is open but not running in the foreground, it also goes into a “suspended” mode, where it uses virtually no resources to help improve battery life. 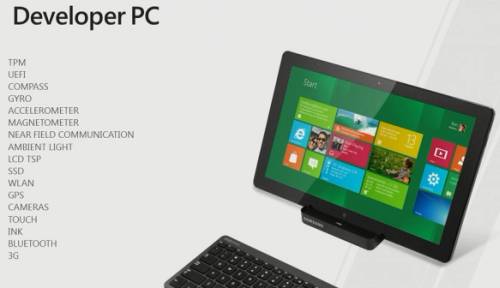 Microsoft is giving 5,000 Samsung tablet prototypes to developers today, but while this is the first tablet to be available with Windows 8, it may not ever ship to the public. Instead, the Samsung Series 7 will ship with Windows 7, and I wouldn’t be surprised if the company has a new model ready by the time Windows 8 goes public.