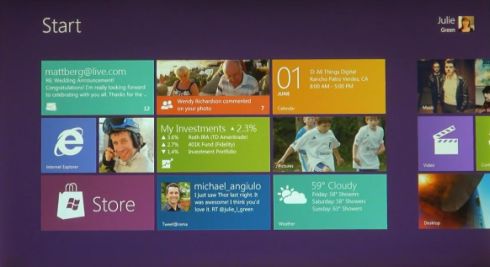 Microsoft is publicly showing off an early version of its next operating system for the first time. The company has confirmed that the OS is code-named Windows 8, but there’s no guarantee that it will still bear that name when it’s released to the public. What is guaranteed is that Windows 8 will support a wide range of devices including small touchscreen tablets and large desktop computers.

The OS combines some of the classic elements of Windows with features borrowed from Windows Phone 7 and a few brand new UI elements thrown in for good measure.

The new Start screen replaces the Windows Start menu with a customizable tile-based screen. Live tiles can support notifications and can display the latest information from your apps such as incoming email messages or status updates.

Internet Explorer 10 will be designed for touchscreens with finger-friendly controls.

Users who want the classic experience can still access a desktop and windows explorer. But while the new UI is optimized for touchscreens you’ll be able to use it with a keyboard and mouse as well. 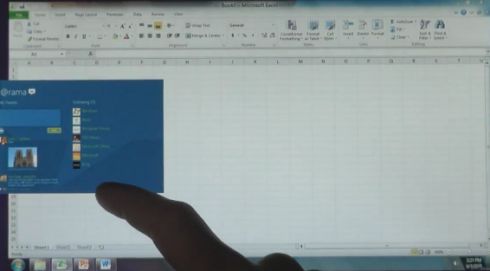 While Microsoft says legacy Windows 7 apps will run on the new operating system, the company says it’s pushing web tools such as HTML5 and JavaScript for development of Windows 8 apps. This will presumably make it easier to design apps that work across a wide range of device styles. 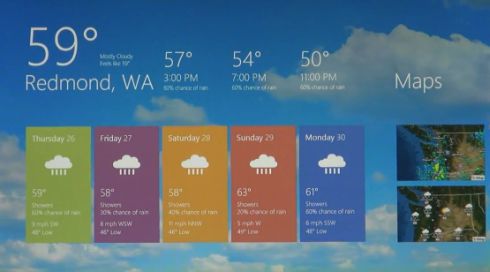 Like Windows 7, the new OS will have features allowing you to snap windows to the side of a screen or resize windows to make true multitasking easy. 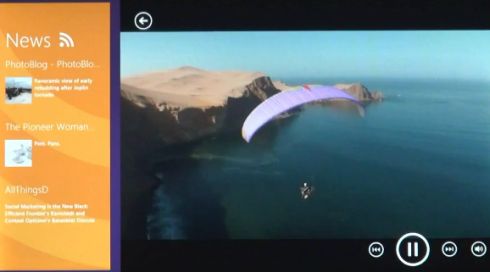 While most mobile operating systems such as Android and iOS can run apps in the background, Windows lets you run multiple programs side by side on the same display. 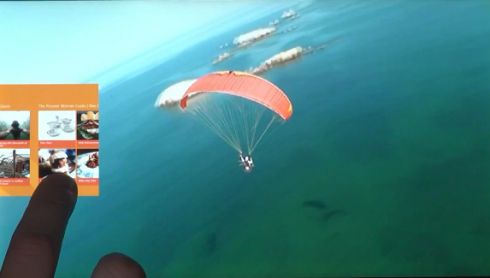 Native Windows 8 apps are designed to run in full screen mode, but you can swipe from the side of the screen to switch between running apps or use gestures to resize or snap windows. 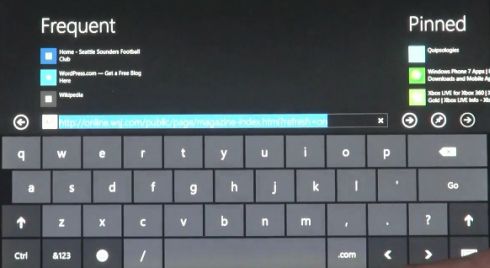 There’s an on-screen keyboard which can be used in several different ways. You can stretch the keyboard across the screen for two-finger or ten-finger typing. Or you can use a split-screen keyboard with one half on either side of the display so you can hold a tablet in your hands and type with your thumbs without having to stretch halfway across a 10 or 12 inch tablet screen. 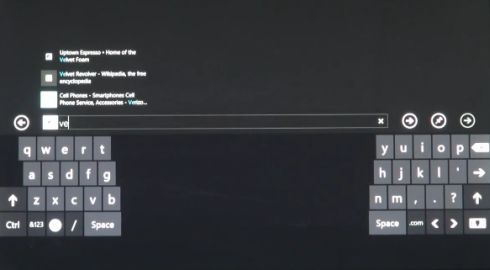 This idea has been around for a while. We saw it in UMPC devices running Windows XP a couple of years back.

Microsoft has clearly put a lot of work into making Windows 8 easier to use with your fingertips — although I have to wonder how traditional keyboard and mouse types will take to the new start menu. It looks like you can easily disable some of the shiny new features and get an experience that looks a lot like Windows 7 though. Perhaps the tablet UI and full-screen apps will sort of fade into the background like Windows Media Center does on current Windows computers.

Once upon a time Microsoft offered a special edition of Windows for users who wanted media center features offering a 10-foot user interface you could use to watch movies from the couch instead of right in front of the TV. Now the media center software comes bundled with most consumer versions of Windows, but I suspect many users don’t even know they have it.

You can check out a video of Windows 8 in action at Microsoft.com.