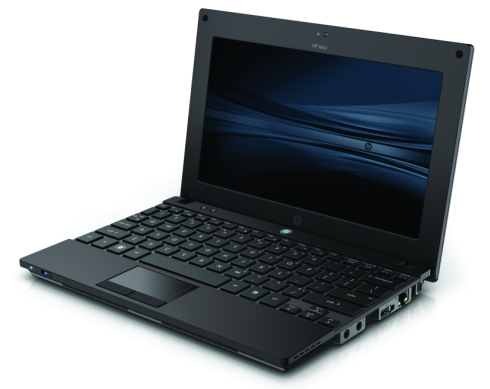 HP is launching a new business class netbook that will eventually replace the HP Mini 2140. The new HP Mini 5101 should be available in late July with a base price of $449. I got to spend a few minutes with the new model recently, and it has a few features that really set it apart from the crowd.

As you can see from the images, the HP Mini 5101 features a completely new look. While the HP Mini 2140 and HP 2133 Mini-Note shared a metallic gray brushed aluminum case, the new model is black. It also has a new chiclet-style keyboard which HP says is 95% size (compared with 92% on earlier models), and two buttons below the touchpad, rather than to the left and right sides, which is a welcome improvement. 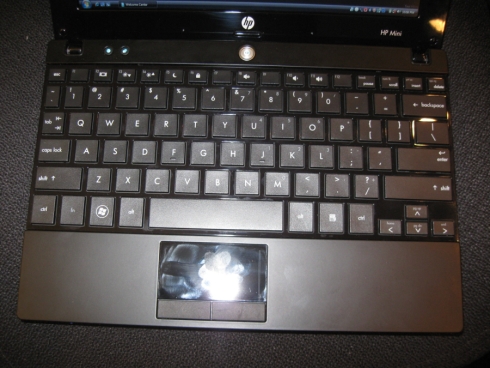 The Mini 5101 also has 3 USB ports, including one which is powered, meaning it can provide electricity to certain peripherals, like HP’s optional USB DVD burner. The disc drive will set you back $149, which is a bit pricey for a USB DVD drive. But the fact that it doesn’t need a separate power cord is nice.

While the HP Mini 5101 has the same 1.66GHz Intel Atom N280 CPU found in many lower end netbooks, here are a few of the things that make it stand out from the crowd:

Some of these options won’t come cheap. The HP Mini 2140 offered an 80GB SSD that cost a whopping $575. HP says the prices for SSDs has come down, and the Mini 5101 SSD option won’t cost quite as much. But the SSD option is still a premium feature and ain’t going to be cheap. 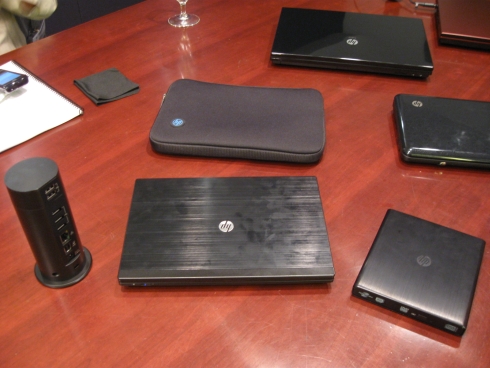 HP is also offering a few accessories as part of the HP Mini 5101 ecosystem, including a $79 docking station, a $10 slipcase, and the previously mentioned USB DVD drive.

And for those of you holding out for the rumored HP Mini 2150 with 3G support, it turns out that’s not going to happen. It turns out that was just a rumor, and HP has no plans to release a 3G enabled version of the Mini 2140. Instead, the HP Mini 5101 is considered the follow-up to the Mini 2140.

You can find more photos of the HP Mini 5101, but I’ve saved one of the coolest feature for last.

You can remove the RAM access panel without a screwdriver. All you have to do is push two switches to pop out the battery, and once the battery is out push them again to pop off the door to the RAM access panel. I’ve never seen a netbook that makes it easier to upgrade or replace the RAM. The HP Mini 5101 supports up to 2GB of RAM.