Based on the reveal of a new commercial, many expect Samsung to reveal the final details of their newest Android tablet, the Galaxy Note 10.1, at an August 15th event in New York City. However, bloggers at The Brave Post claim they have a unit ahead of the official release. 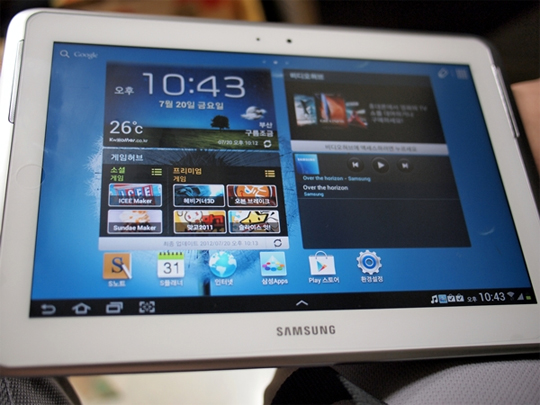 Their unboxing post and pictures reveal a couple of new details, including that the tablet has 2GB of RAM backing up the quad-core processor instead of just 1GB. Other internals appear the same.

The reviewer praises the screen quality and writing with the S-Pen, though the Retina-like display is still not on the table, alas.

Another reveal is that the Note can be used in conjunction with a phone as a speakerphone and to send messages. This isn’t a huge surprise, though, since Samsung included a similar feature in the Galaxy Players they released earlier this year.

Using Bluetooth 3.0, the Galaxy Players allow users to pick up incoming calls though users can’t initiate them. If the screens in the hands-on are accurate, it looks like the Galaxy Note will have access to a number pad and may be able to make calls as well as receive. 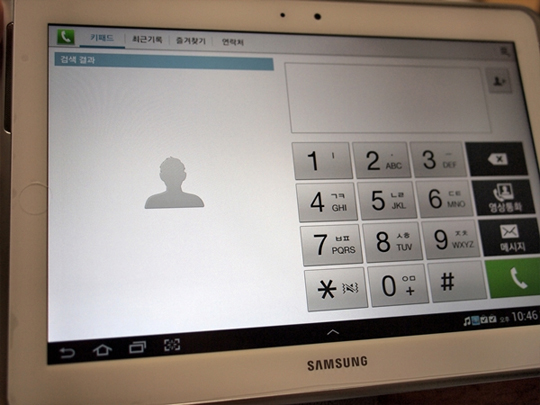 It looks like Samsung is taking the feature even further with text messaging via the Note. As The Verge points out, this is similar to features on the late, lamented HP TouchPad.

Though the version that The Brave Post has may not be the same model that we get here in the U.S., it’s likely we’ll see this feature here as well. Barring any further leaks, we won’t know for sure until mid-August.