Mozilla’s Firefox web browser is a free and open source application which is available to use free of cost. But developers like to get paid, right? For years Mozilla made money by setting Google as the default search engine: when people conducted a search, Google would display ads and send Mozilla a check.

Last year Mozilla signed a series of new deals to use different default search engines in different markets, including Yahoo in the US and Baidu in China. The organization also introduced ads into the browser itself by displaying sponsored tiles in the new tab page. Now Mozilla says it doesn’t make any money from Google at all anymore.

But some folks have been less than thrilled with the introduction of ads into the new tab page, so Mozilla plans to end the practice. 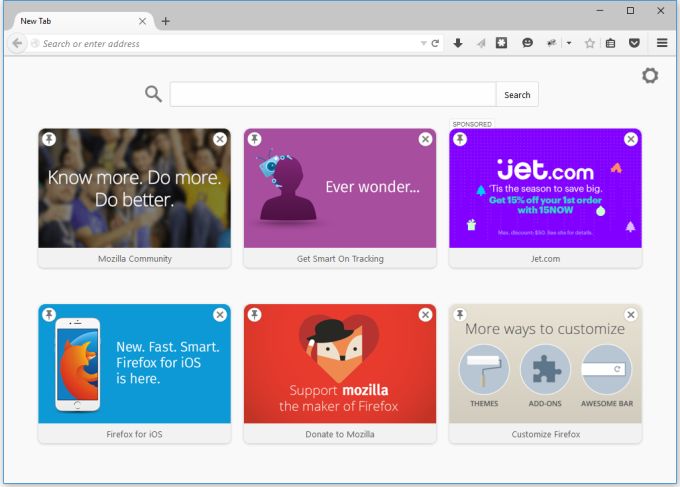 This doesn’t mean Mozilla is giving up the idea of an ad-supported web browser. But in a blog post, Mozilla’s Darren Herman says displaying ads in the new tab page “isn’t the right businesses for us at this time because we want to focus on core experiences for our users.”

The organization is leaving the door open for integrating advertising in a different way in the future, but promises to balance privacy, transparency, and user choice and control.