Last year Mozilla launched an experimental browser add-on called Firefox Private Network that could encrypt your session and route your data through a proxy server to hide your location from websites and data trackers.

But unlike a traditional VPN, the service only affected one app — the Firefox web browser.

Now Mozilla is beginning to roll out apps that will apply the VPN service to all data from your device. Android Police spotted a Firefox Private Network VPN app in the Google Play Store, which works system-wide. 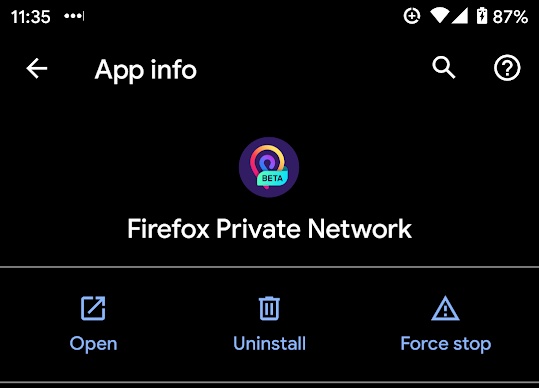 There’s a catch or two though:

Firefox VPN uses the new WireGuard protocol, which is designed to be faster than other standards such as IPsec and OpenVPN, while also being simpler to use. And Mozilla has partnered with VPN provider Mullvad on the branded service, partially because unlike some VPNs, Mullvad has an emphasis on privacy (the company does not save user data logs).

Don’t want to pay for a VPN? The Firefox Private Network browser extension is still free to use for up to 12 hours per month.