About 18 months after launching Firefox Send as a free service for sending large, encrypted files over the internet, Mozilla has announced it’s shutting down the service.

The move comes after Mozilla discovered that some people were using Firefox Send for phishing and distributing malware. The company took Firefox Send offline this summer in response, and rather than find a way to fend off the bad actors, Mozilla has decided to permanently disable the Send instead.

Another service called Firefox Notes is also headed to the Mozilla Graveyard. 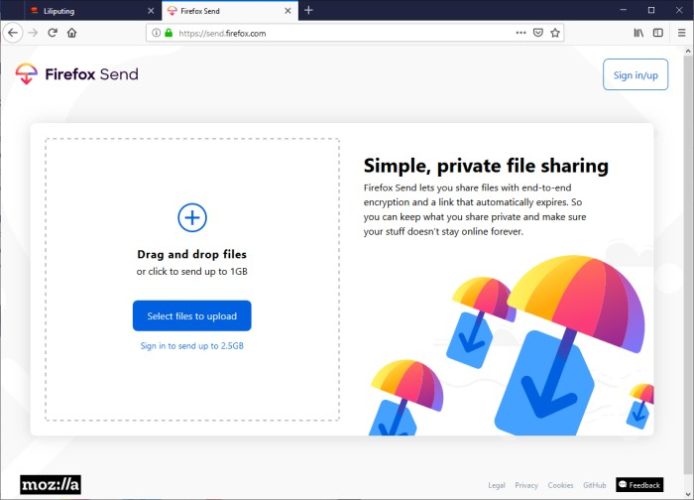 Notes is a service that let desktop and Android users synchronize encrypted notes. Mozilla says if you’re currently using the Notes browser extension with the desktop version of Firefox you’ll be able to continue to use it… but it will no longer be developed or supported and won’t be available for new users to install. The Firefox Notes Android app will go away in November.

Users can export their existing notes as HTML files between now and November 1, 2020.

Both Firefox Send and Firefox Notes were originally developed as part of the Firefox Test Pilot program, which Mozilla used to test experimental new products… until pulling the plug on Test Pilot itself last year.

Given Mozilla’s recent financial difficulties (which have led the company to lay off 25-percent of its workforce), it’s not surprising to see the company shut down work on some products that may not have been part of its core business. But it’s not like the company is only focused on the Firefox web browser these days. The recently launched Mozilla VPN service is still a thing… but unlike the free Firefox Send and Notes tools, Mozilla VPN is a paid service, which means it may be a money maker for Mozilla.