When you think of VR headsets today you probably think of gaming, 360-degree videos, or other immersive experiences. But in the future it’s possible that we could use virtual reality or augmented reality headsets for general purpose computing. You can already put on a Windows Mixed Reality headset and interact with Windows apps as if they were floating in space before you.

The new browser is designed to run on standalone AR and VR headsets like the upcoming Oculus Go and HTC Vive Focus, among others. 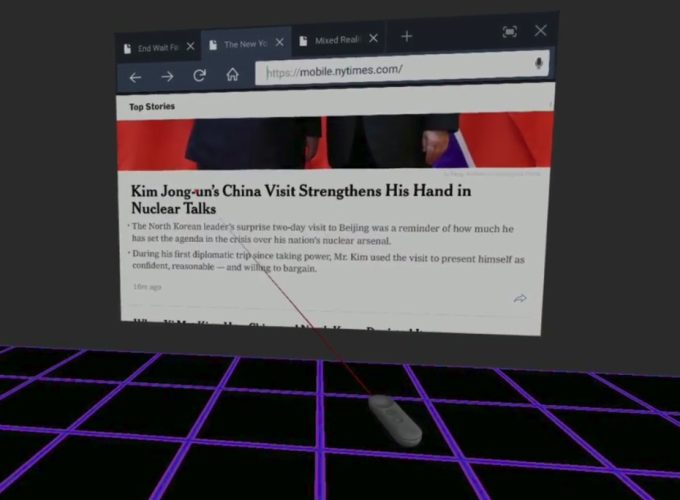 Firefox already supports WebVR and WebAR technologies, which allow developers to create virtual reality experiences that are distributed through websites rather than app you have to download and install. Firefox Reality goes a step further by offering a user interface that’s designed to be easy to navigate using a VR headset and a handheld controller.

In other words, you can use it to play games, watch videos, or just generally surf the web.

While the browser is still a work in progress, the source code is available at Github and it can compiled with compatibility for the Samsung Gear VR, Oculus Go, HTC Vive Focus, Qualcomm and ODG smart glasses, Google Daydream, or for any standard Android phone if you want to test Firefox Reality without a headset.