But so far most phones that have shipped with Firefox OS have been entry-level devices that haven’t really stood out from the competition: there are plenty of dirt cheap Android phones on the market and right now there are few compelling reasons to buy a Firefox OS device instead of an Android one.

So Mozilla plans to take a new approach: focus on quality rather than price. 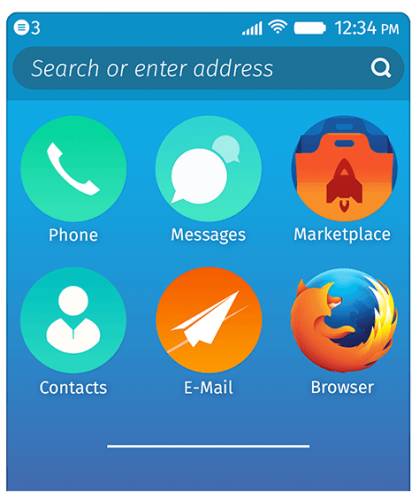 Mozilla CEO Chris Beard sent a letter to the Mozilla community recently outlining a new initiative called Ignite which is aimed at getting people more excited about the platform.

He notes that the company’s previous efforts to compete on price with the promise of a $25 smartphone, for instance, haven’t gained much traction. So Mozilla’s going to drop plans for dirt cheap phones and instead focus on building products people want to use.

One possible way to do that? Add support for Android apps. Mozilla hasn’t decided it will follow that path, but the developers are at least considering the possibility. Adding compatibility for Android apps to Firefox OS would instantly allow users to run thousands of apps that aren’t otherwise available for the platform… although that move hasn’t really helped other operating systems such as BlackBerry OS or Sailfish OS to make a dent in Android’s market share: Android apps tend to run best on Android phones.

Still, it could help close the app gap a little bit while allowing Mozilla to focus on other initiatives that would make Firefox OS stand out.

For example, the team wants to make Firefox OS not only powerful and easy to use, but also easy to hack and understand. Among other new features, Beard says Mozilla “will enable the mobile equivalent of ‘View Source,'” and make it easier for developers to use Web APIs to create web apps that can access a phone’s hardware.

While Mozilla has been partnering with phone makers to release devices with Firefox OS pre-loaded, the team also plans to release early adopter builds that testers will be able to install as custom ROMs on unlocked Android devices.