Firefox OS is a light weight operating system designed to run web apps. Originally designed to run on smartphones, Mozilla is now working with partners to expand the range of devices that run the software.

Chip-maker VIA is adding support for Firefox OS to its APC Rock and Paper developer boards, Panasonic is bringing it to TVs, and ZTE plans to launch new phones with dual-core processors and other features that you don’t get with the low-cost, first-gen Firefox OS phones like the ZTE Open. 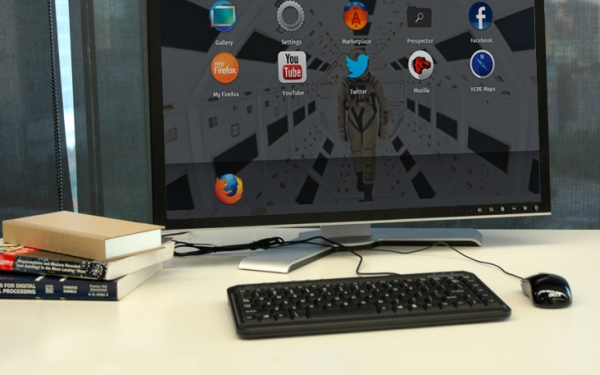 VIA Rock and Paper

VIA is making Firefox OS available on its APC developer boards, which are basically small ARM-based computers.

VIA actually launched the first builds of the open source version of Firefox OS (called Boot 2 Gecko) a few months ago, but things seem a bit more official this time around — VIA’s actually using the phrase “Firefox OS” which means it’s an officially sanctioned project.

The Rock sells for $79 and has both VGA and HDMI ports, while the $99 Paper has a cardboard and aluminum case which is designed to make it look like a book — but the Paper doesn’t have a VGA port.

These are developer boards with GPIO pins and other components designed both for connecting peripherals and for debugging.

VIA is making the source code of Firefox OS for the APC boards available at Github.

Meanwhile Panasonic is using Firefox OS to bring support for web apps to its smart TVs. The company’s not the only one to take a web-centric approach to the smart TV space. LG is using CES 2014 as the coming out party for its own webOS-powered televisions, which look pretty intriguing.

What’s interesting here is that by partnering with Mozilla, Panasonic could leverage a growing ecosystem that works across a range of devices from different companies.

Next-gen Panasonic televisions could use HTML5 and other web technologies for basic features such as electronic program guides, and could use Firefox OS apps to stream content from the internet to your living room.

4 replies on “Firefox OS expands to TVs, new phones, and other platforms”