Wireless carriers in India, Taiwan, and other Asia Pacific countries will begin offering Firefox OS devices this year and more handsets based on the operating system will be available from carriers in Germany and Latin America as well. 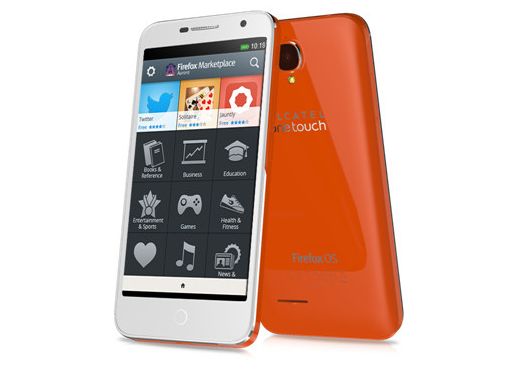 This spring Alcatel One Touch introduced the Fire E, an entry-level Firefox OS phone with a dual-core CPU and a 3.5 inch display. Now Deutsche Telekom will be the first carrier to sell the phone when it goes on sale this week in Germany.

O2 also plans to start selling the OneTouch Fire E in Europe soon, Telefónica plans to offer Firefox OS phones from ZTE and Alcatel OneTouch throughout Latin America by the end of the year, and América Móvil which currently offers phones powered by Mozilla’s software in Mexico plans to expand to more countries this year as well.

Theoretically there’s nothing stopping Firefox OS from running on phones and tablets with high-end specs. But Mozilla’s been focused on tackling emerging markets and folks in developed markets who are looking for bargain devices. While Firefox OS certainly faces competition in the entry-level smartphone space from Android, Windows Phone, and other platforms, focusing on emerging markets including Latin America gives Mozilla a chance to increase adoption of its software by targeting people who might be buying their first devices.

If that helps Firefox OS get a foothold in the smartphone space we could eventually see Mozilla and its hardware partners start to target higher-end devices.

For now if you’re a fan of the idea of a phone based on an open software platform and designed to run web apps but don’t want a dirt cheap device with specs that seem ripped out of 2007, your best option might be the Geeksphone Revolution, a phone which runs Boot to Gecko, the open source version of Firefox OS. That phone has an Intel Atom Z2560 processor, 1GB of RAM, 4GB of storage, a 4.7 inch, 960 x 540 pixel display.

You can also order a Firefox Flame developer phone for $170.

Or bargain hunters can still pick up an unlocked ZTE Open or ZTE Open C for just $70.