When you download Android apps from the Google Play Store you see a list of permissions required by each app. Don’t want to install an app once you realize it would have access to your contact list? Then you can decide not to install the app after all.

But the developers of Firefox OS are taking a different approach. You can already revoke certain app permissions. Starting with Firefox OS 2.1, you’ll be able to enable or deny permissions that aren’t currently accessible. 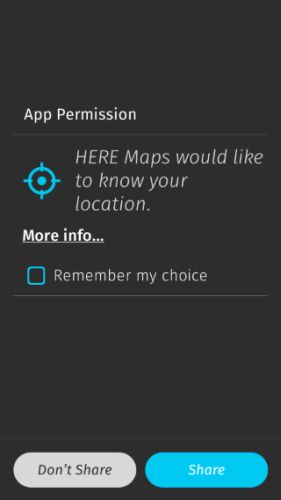 Apps that run on Firefox OS are basically web apps… and they ask for permissions the way web apps normally do. The first time you run a maps application, for instance, you might get an alert asking if you want to allow the app to access your location with a check-box asking whether to remember your choice.

You’ll typically get prompts when apps need to access the Firefox APIs for things like the camera, location, or audio recording. But other APIs such as “alarms” are set so that apps can automatically access them without asking you.

Developer Frederik Braun says starting with Firefox 2.1 you’ll be able to activate developer settings on a Firefox phone and check a box for “Verbose App permissions” in order to have access to all of the permissions used by apps.

That way you’ll be able to enable or disable individual permissions for any app you download from Mozilla’s Firefox Marketplace, even after you’ve installed and run that app. You can also change the setting to “prompt” so that the app will ask you whether to allow or deny a permission every time it runs.