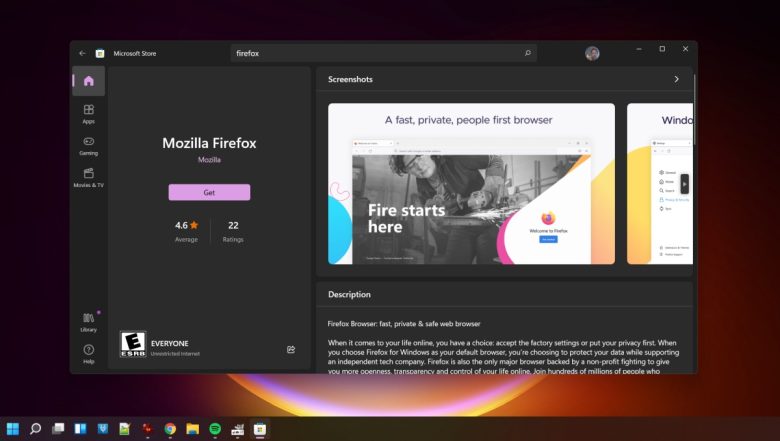 The version of Firefox available from the Microsoft Store is pretty much the same app that you’d get if you downloaded it directly from Mozilla’s website. It has the same Gecko browser engine, the same privacy protections, and the same customization options.

Interestingly, the first time you run the Microsoft Store version of Firefox after installing the app, it will ask if you want to set the browser as your default. But clicking that button on a Windows 11 PC will only take you to the Default Apps page, where you’d have to manually set Firefox as the default for each file type you want it to open, including .htm, .html, .http, and .https.

But the version of Firefox that’s downloadable from the Mozilla website has a workaround that makes it easier to set Firefox as your default browser with one click.