Firefox 54 is out, and the latest version of Mozilla’s web browser should be faster, more stable, and less likely to crash just because of a problem with a single browser tab.

After years of development, Mozilla introduced the first version of Firefox using multiple processes last year. But at the time that just meant one process would be dedicated to rendering web content, with a separate process used for the browser itself.

Now Mozilla has added true multi-tasking support, allowing each browser tab to run as a separate process. Well, kind of. 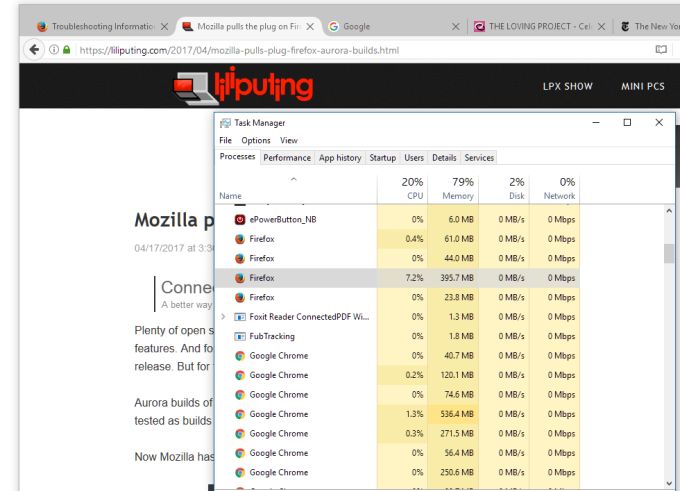 By default, Firefox will only use 5 processes: 4 for browser tabs and 1 for everything else. Mozilla says this helps reduced memory usage and improve performance, making Firefox 54 a bit less of a memory hog than Google Chrome, which doesn’t have the same restriction on the number of processes.

When you open more than 4 browser tabs, that means some tabs will share the same process without creating another instance of the browser engine. Mozilla says 4 processes should be enough for most users, but acknowledges that the browser could run even faster if you up the process count.

So if you have more than 8GB of RAM and aren’t worried about using it all up, you can increase the number of available processes by entering about:config in the location bar and then adjusting the number in the dom.ipc.processCount setting. 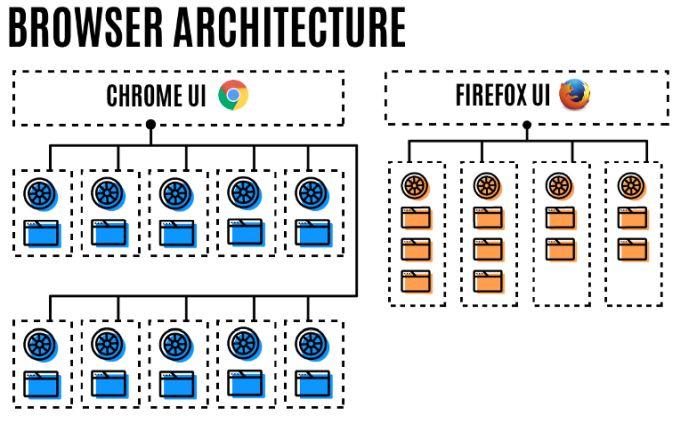 Meanwhile, if you find that after upgrading to Firefox 54 your browser still isn’t using multiple processes, you can try force enabling the feature.

Note that there may be one other thing keeping you from getting the most out of multiprocess support: add-ons. If you rely on Firefox plugins that don’t support the new multiprocess features, Firefox will disable the feature.