But Google isn’t the only company working to make sure its browsers can do those things — Mozilla’s Firefox 22 is now available, and it adds support for new web technologies that let you make voice and video calls or transfer files between two browsers without installing a plugin, as well as faster JavaScript handling and improved support for 3D gaming. 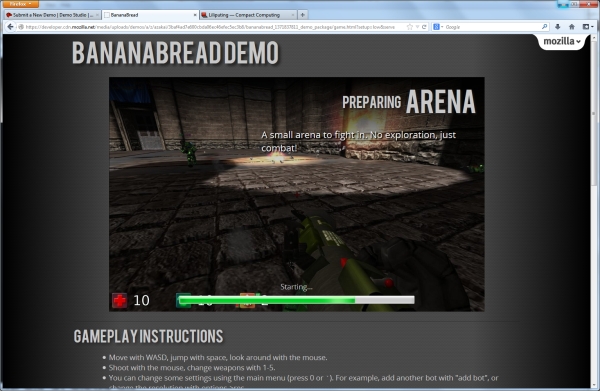 Firefox supports the new WebRTC, or Web Real-Time Communications protocol which allows app developers to create websites that can securely use your computer’s camera or mic to make video calls without users having to install a custom plugin.

Chrome already supports WebRTC, but the point here isn’t so much that one team beat the other to the punch as that now there’s a better chance you’ll be able to make use of new web apps no matter which browser you’re using.

Mozilla has also introduced a subset of JavaScript called asm.js that allows some web apps to run almost as smoothly as native desktop software.

You can check out Mozilla’s BanaBread demo to test a multiplayer 3D first-person shooter in the latest version of Firefox (it runs pretty well on Chrome OS too).

There’s also a new version of Firefox for Android, but it doesn’t yet support WebRTC or asm.js. It does offer support for the full tablet UI on tablets with smaller screens, improved WebGL performance, and a few other fixes and improvements.