Mozilla is set to release Firefox 65 on January 29th, but it’s been in beta since last early December, and it looks like the stable version of Firefox 65 for Android is already starting to roll out a few days early.

The latest version of the web browser should be available for Windows, Mac, and Linux in a few days.

So what’s new? Support for the latest open source image and video formats, among other things.

Firefox 65 adds support for the WebP image file format, which is developed by Google and said to offer better compression than PNG or JPEG, offering the same image quality in files that are 25 to 34 percent smaller.

The browser also supports the AV1 royalty-free video codec with compression that’s up to twice as efficient as H.264.

Google’s Chrome browser already supports both formats, while Microsoft Edge supports WebP and has beta support for AV1 (through an optional browser extension).

Other changes in Firefox 65 include support for Handoff on Mac (which lets you continue browsing on an iPhone or iPad where you left off on a Mac), simplified options for content blocking, security enhancements for Linux, Android, and Mac users, and the browser now shows memory usage for every resource in the about:performance task manager.

Update: Right on schedule, Firefox 65 was released on January 29th, and the official release notes are now available.

Along with the items listed above, Mozilla is highlighting “enhanced tracking protection,” with simplified controls for choosing when and how to block scripts that track your data as you surf the web from running in the browser. 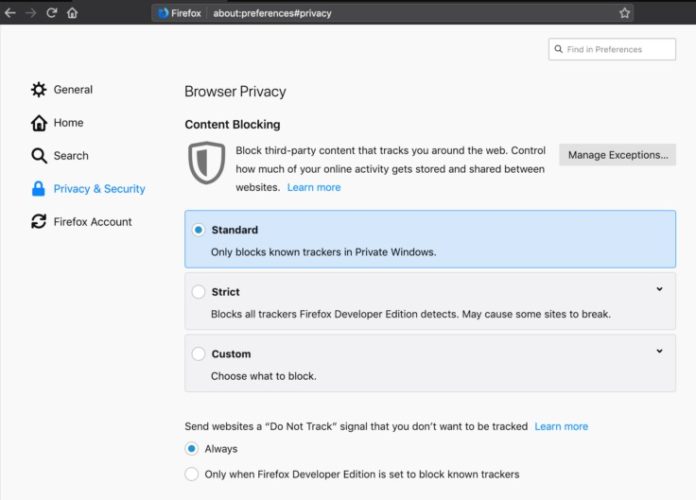