Mozilla has released Firefox 53 for Windows, Mac, Linux, and Android. The desktop browser comes with two new themes designed to give more screen real estate to web pages: Compact Light and Compact Dark. The Android version of Firefox has a new Compact Tabs option that lets you see more browser tabs at once by putting them in two rows instead of one.

But the biggest change may be the inclusion of the new Quantum Compositor, which should lead to improved graphics rendering and fewer browser crashes. 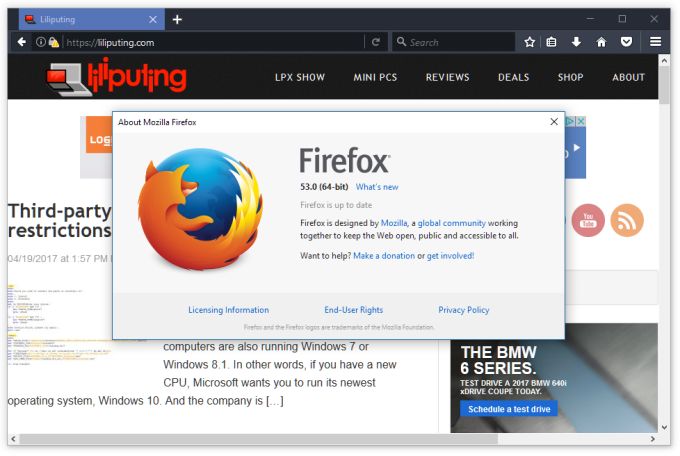 The Quantum Compositor is the first major part of Mozilla’s Project Quantum effort to update the core technologies to take advantage of modern computer hardware.

Mozilla says the Quantum Compositor works on computers with Intel, AMD, or NVIDIA graphics that are running Windows 7 or later. It’s not used on MacOS, which Mozilla says already has offers stable graphics compositing.

Another new feature in Firefox 53 is a redesigned user interface for granting permissions to a website when it asks to access your camera or other hardware. A message will pop up and let you know what hardware a site wants to access and give you the option of remembering your choice or granting it just once. You can always change your settings later by clicking the “i” icon in the location bar.