Eighteen years after Firefox 1.0 hit the streets, the folks at Mozilla have released version 100 of the open source, cross-platform web browser.

The latest release marks a numerical milestone, but it doesn’t bring a particularly large amount of changes or new features. There are a few goodies though. 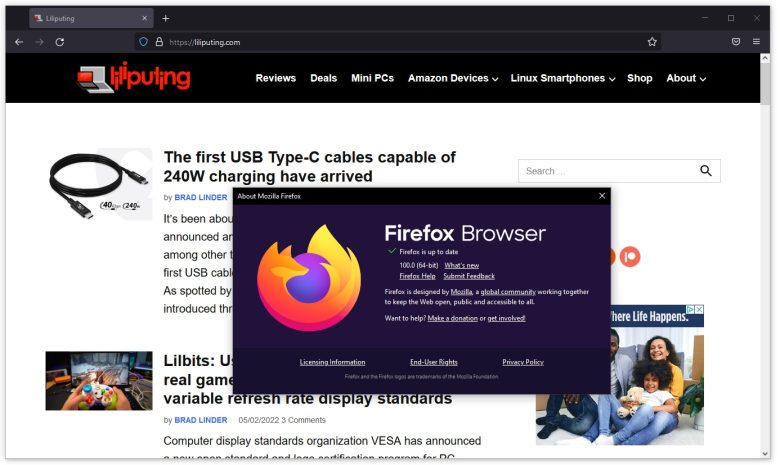 To use this, just fire up the browser on a Windows, Mac, or Linux computer then navigate to a page with a video you want to play, hit play, enable subtitles or captions, and hit the picture-in-picture icon to pop out the video so you can keep watching as you browse other web pages or interact with other apps.

At least that’s how it’s supposed to work. In practice, I couldn’t get it to work with any of the YouTube videos I tried it with, but hopefully things will get better over time as Mozilla tweaks the feature and/or video streaming sites adopt WebVTT. 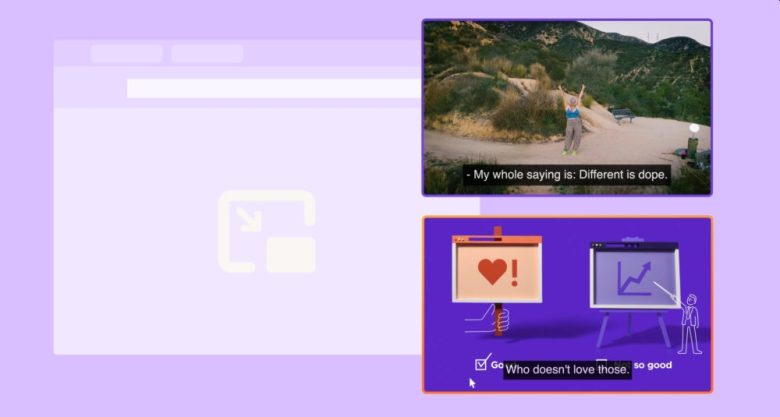 Other changes in Firefox 100 include support for spell checking in multiple languages, support for HDR video playback on Macs running macOS 11 or later, hardware-accelerated decoding of AV1 videos on Windows PCs with supported GPUs, and some updates for the company’s mobile browsers.

Firefox for Android has a new “clutter-free” history view which groups related items into folders and removes duplicate sites. There’s also now support for searching your history. The feature is coming this week to Firefox for iOS as well.

A new clutter-free tabs experience also puts recent tabs in your tray, with any open tab that you haven’t visited in the past 14 days moving to an “inactive state” in the tab tray. They’re still available if you go looking for them, but they won’t take up as much space. on the main screen.

While Firefox has seen its market share plunge in recent years, it remains one of the few continuously developed alternatives to Google Chrome and its Chromium-based cousins including Microsoft Edge, Brave, Opera, and Vivaldi as well as more distant cousins like Apple’s Safari web browser (which uses the WebKit rendering engine, which Google forked for its own use years ago).

You can find out more about Firefox 100 in the announcement on the Mozilla blog, an article about the new picture-in-picture subtitle & caption support, and the Firefox 100 release notes.