Since Mozilla switched to a “rapid release” schedule for the popular Firefox web browser, we’ve gotten a new version of Firefox every 6 weeks like clockwork. These often aren’t huge, game-changing releases, but there are bug fixes and new features in every browser update. 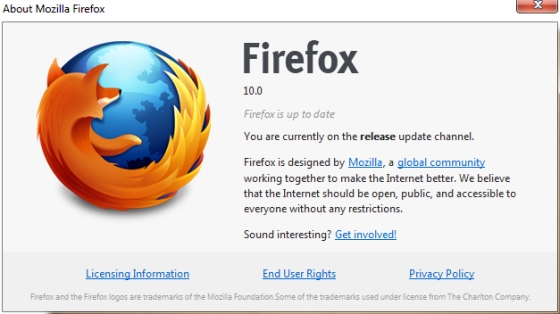 This week Mozilla is pushing out Firefox 10. It has a few little updates such as a forward-arrow button that hides until you actually need it. But the bigger news is that Firefox 10 is the first Extended Support Release (ESR).

That means that individuals or institutions that don’t want a new version of the web browser every six weeks can download Firefox 10 and keep using it for a year. Mozilla will continue to roll out regular updates — but they’ll just include the latest security updates. So when everyone else is downloading Firefox 11, ESR users will get Firefox 10.0.1. 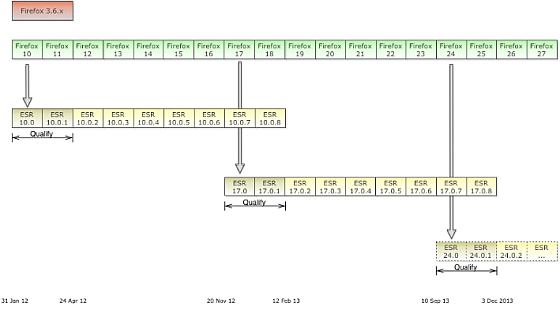 Mozilla will continue to support for Firefox 10 alongside newer versions of the operating system for the next 9 releases — but the next Extender Support Release will actually be Firefox 17. That gives organizations about 3 months to try out the latest ESR version of the web browser before support for version 10 is dropped.

You can sign up for more information on the Extended Support Release at the Firefox ESR page, or download the latest build from the Mozilla FTP.