Earlier this year Firefly introduced a mini ITX motherboard powered by a Rockchip RK3588 octa-core processor and support for up to 16GB of RAM, allowing anyone to build a fully functional desktop PC with Rockchip’s high-performance ARM-based processor. But with a $459 starting price, the Firefly ITX-3588J could be overkill for some folks.

Now the company has introduced a new model that will most likely cost a bit less… because it’s less powerful. The upcoming Firefly ITX-3568JQ features a Rockchip RK3568 quad-core processor and support for up to 8GB of RAM. It’s available for purchase now for $339 and up. 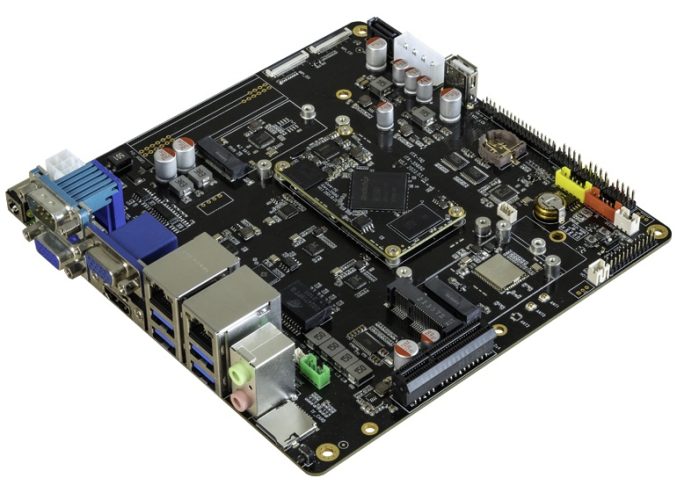 And, like its older sibling, the motherboard is actually powered by a removable system-on-a-module that acts as the brains of the computer. That module contains the processor, memory, and storage. But while the ITX-3588J “core board” slides into a slot in the motherboard like a stick of RAM, the core board for the new ITX-3568JQ uses a board-to-board connector for a tighter, slimmer fit. 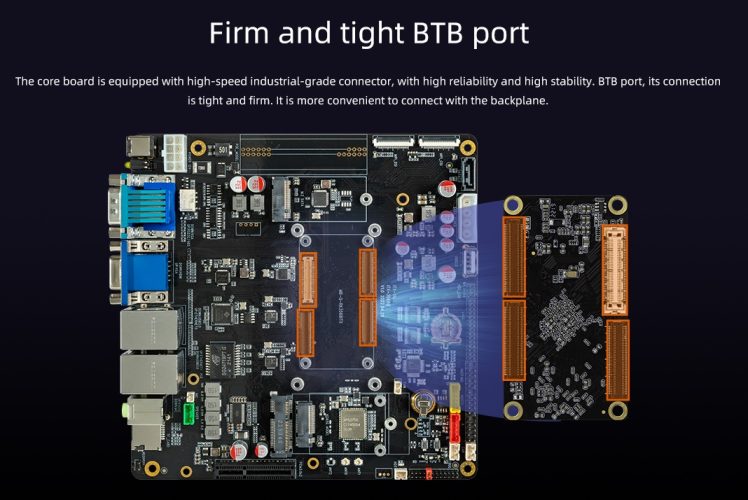 At the heart of the new board is a Rockchip RK3568J processor, which is a 22nm, 64-bit processor with four ARM Cortex-A55 CPU cores supporting speeds up to 2 GHz and ARM Mali-52 2EE graphics with support for OpenGLES 3.2, OpenCL 2.0, and Vulkan 1.1 graphics. There’s also a neural processing unit with support for up to 1 TOPS performance for AI tasks.

Firefly says the board will be available with 1GB, 2GB, 4GB, or 8GB of LPDDR4 flash, and up to 128GB of eMMC storage, but the ITX-3568JQ also has most of the features you’d expect from a PC motherboard, which should make it easy to add storage or other peripherals. Here are just some of the ports and connectors available: 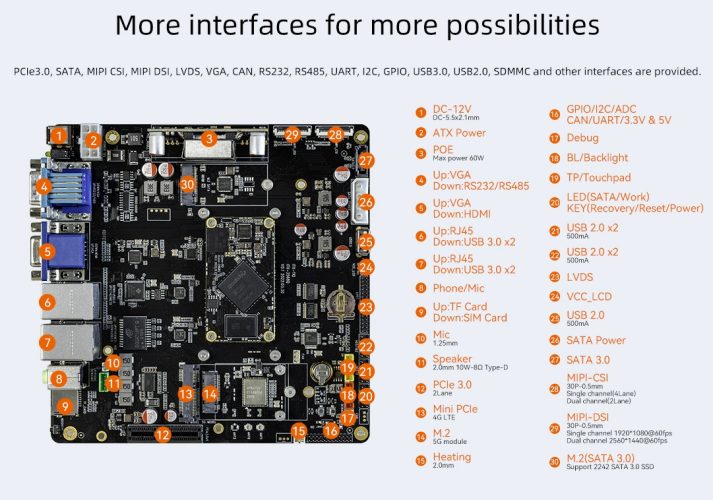 The board also supports WiFi 6 and Bluetooth 5.0 wireless connectivity, can be powered by a 12V/1.5A power adapter or Power Over Ethernet (up to 60 watts), and supports operating systems including Android 11, Ubuntu 18.04, Ubuntu 20.04 and RTLinux.