The Rockchip RK3588S processor is a chip with four ARM Cortex-A76 CPU cores, four Cortex-A55 cores, Mali-G610 MP4 graphics, and a neural processing unit (NPU) with up to 6 TOPS of performance. But it’s positioned as a slightly cheaper alternative to the high-performance RK3588 processor, with a more limited set of I/O features.

Now Firefly has introduced one of the first single-board computers powered by the new RK3588S chip. It’s called the ROC-RK3588S-PC and it’s available now for $219 and up. 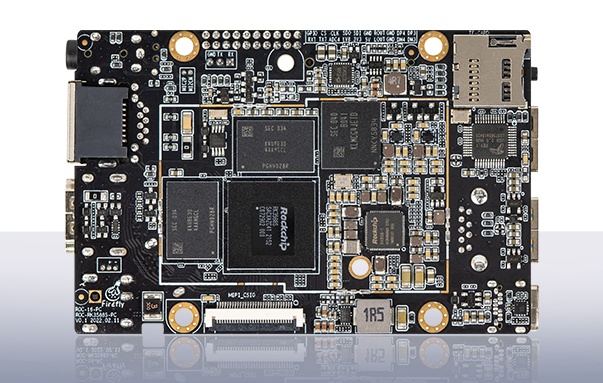 The board, which can be configured with up to 32GB of RAM and supports PCIe NVMe SSDs as well as eMMC storage, is positioned as a solution for “edge computing, artificial intelligence, cloud computing, VR, and AR.” But it’s basically a tiny computer that can be used for general purpose work or for tasks that involve computer vision or other applications that can leverage the NPU.

Since this uses the RK3588S chip though, the M.2 2242 slot for NVMe storage only supports PCIe 2.0, since the chipset lacks PCIe 3.0 support. There’s also just a single HDMI 2.1 port and a single Gigabit Ethernet port, because the chip wouldn’t support more than that.

Other features include DisplayPort 1.4, USB 3.0 Type-C and Type-A ports, a USB 2.0 port, a USB-C power input, a 3.5mm audio jack, MIPI-CSI and MIPI-DSI interfaces for cameras and displays, aa microphone, and a 20-pin GPIO connector. 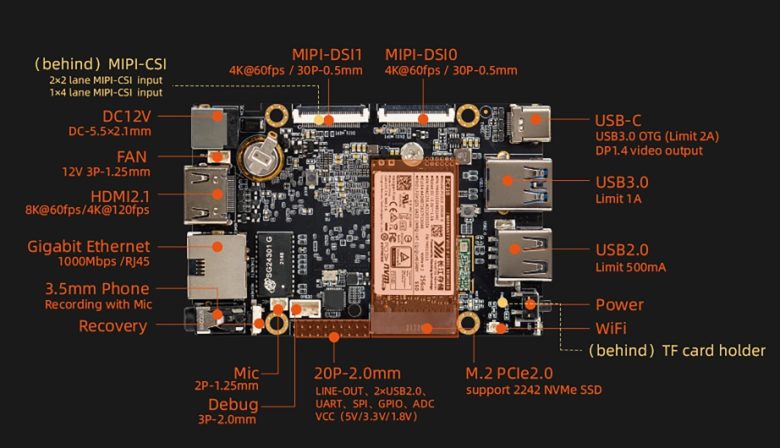 Update: An earlier version of this article speculated that prices could start below $129, based on the inclusion of the RK3588S processor. But that estimate was off by about $90.