Fire Toolbox is a free utility for Windows computers that makes it relatively easy to hack Amazon Fire tablets by doing things like installing the Google Play Store, removing Amazon apps and services, and other tweaks that make Amazon’s Android-based Fire OS software look a little more like… well, Android.

Version 11 of the Toolbox was released earlier this month and, among other things, it includes bug fixes and new features that should make the tool a little easier to use.

It’s still worth keeping in mind that Fire Toolbox is not officially supported by Amazon and there’s a chance you may break your device by using some of the more advanced functions, so proceed with caution. But if that doesn’t scare you off, you can find a download link for the latest version of Fire Toolbox at the xda-developers forum. 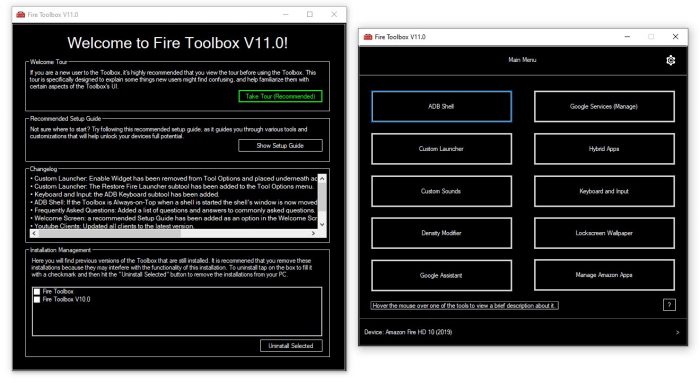 Here are some of the changes in Fire Toolbox 11: 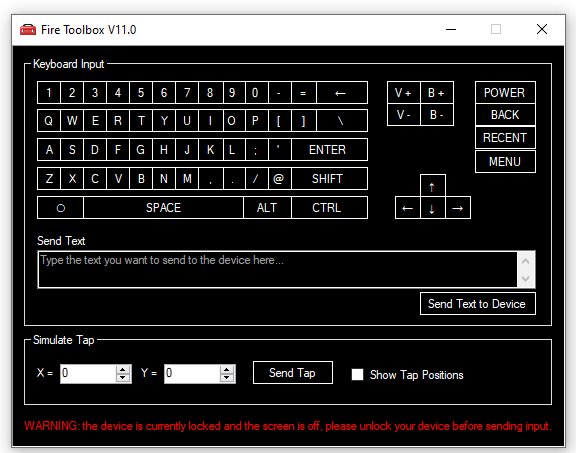 The latest version of the application also has some bug fixes for folks that want to change the look and feel of the home screen and app launcher by replacing the built-in Fire Launcher with a third-party launcher. There’s now an option to restore the Fire Launcher after it’s been removed in case you want to go back (this was previously available, but missing in the most recent release) and an option to enable support for widgets when using third-party launcher apps.

Another change since the last time I wrote about Fire Toolbox is that the “Manage Everything Amazon” tool has been renamed “Manage Amazon Apps,” which may be a little more clear. The user interface has also been tweaked, giving users a choice between “Standard” and “Complete” Debloat functions that will remove some or all Amazon apps and services in one go. 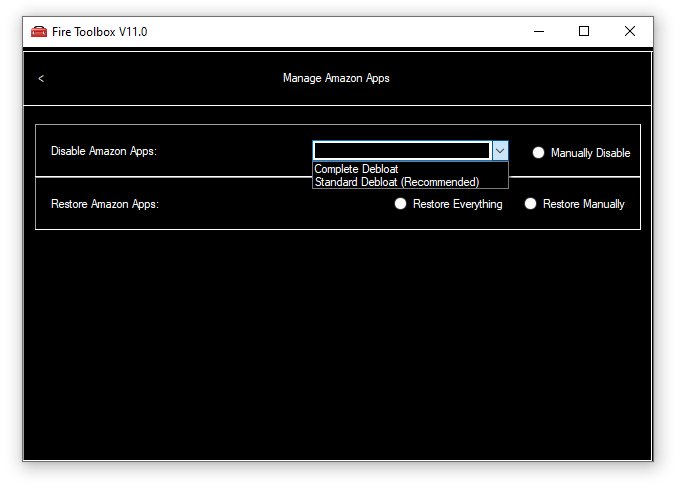 You can also still choose the “Manually Disable” option and just check the boxes for individual apps you may want to disable, which is what I’d generally recommend doing. 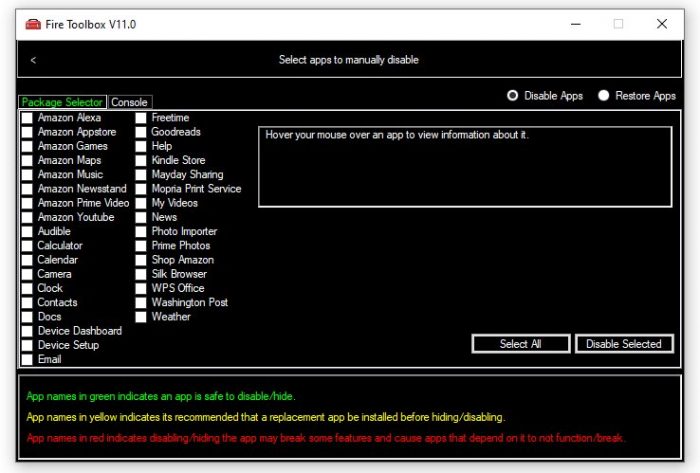 Fire Toolbox is compatible with most Amazon Fire tablets released since 2014, including Amazon’s current-gen Fire 7, Fire HD 8, Fire HD 8 Plus, and Fire HD 10 devices. You can find you can find more details about Fire TV Toolbox at the xda-developers forum.