Over the past few years we’ve seen smartphone bezels get thinner and thinner, until they’ve almost started to disappear altogether.

But that’s led to some odd design choices. Xiaomi put a muffled speaker below the screen of the Mi Mix. Samsung moved its fingerprint sensor to the back of the phone on the Galaxy S8 (but not to the same place you’d find most rear fingerprint scanners). And Essential? The company made an odd cut-out in a nearly all-screen phone to make room for a camera.

Another side effect of big bezels? Phone screens are getting bigger… even though phone bodies are not. 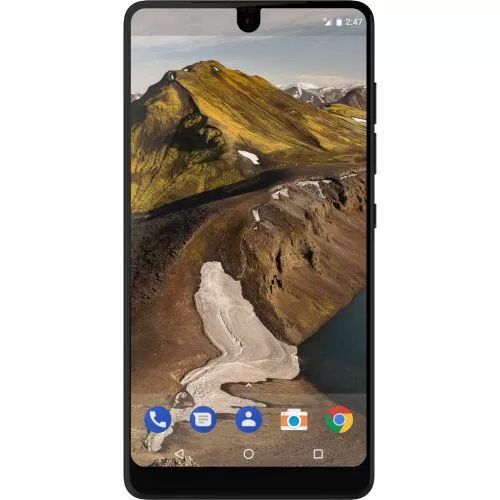 There’s certainly something appealing about the idea that the front of your phone is nothing but display. But historically the front of a phone has also had to make room for a bunch of other things including buttons, speakers, cameras, proximity sensors, and ambient light sensors. Eliminating the bezel makes it tough to include those features in the same way.

Bezels also give you something to hold onto without accidentally triggering actions on your phone’s display. Smart touch rejection software can alleviate that problem… but so can bezels.

Personally I’ve never entirely understood the bezel hate. Sure, there are some phones with bezels that seem unnecessarily large. But I have to wonder if phone makers are starting to overcompensate by offering phones with high screen-to-body ratios at the expense of durability and usability.

And if we are going to move toward a bezel-free (or at least bezel-less) world, maybe instead of keeping phones the same size and cramming bigger screens into the body, someone could try to release a phone with a 5 inch display in a device that’s the size of a 4.5 inch or smaller handset? Some folks actually still like small(ish) phones, after all.

How do you feel about the diminishing bezels on modern smartphones?

34 replies on “How do you feel about the war on smartphone bezels?”