Since Google has announced plans to shut down Google Reader this summer, a number of companies have tried to attract long-time Reader users. Digg plans to launch a new RSS reader, and existing cloud-based news reader NewsBlur is working to scale operations to support a wave or Google refugees.

But the company that may be best taking advantage of Google’s Reader shutdown is Feedly. The company says it’s gained 3 million new users since Google announced the end of Reader was nigh. And Feedly has been providing tips for moving from Google’s service to its own as well as software updates.

Today the Feedly team rolled out new apps for Android and iOS, delivering new options and faster performance. But Feedly is also temporarily killing one of my favorite features. 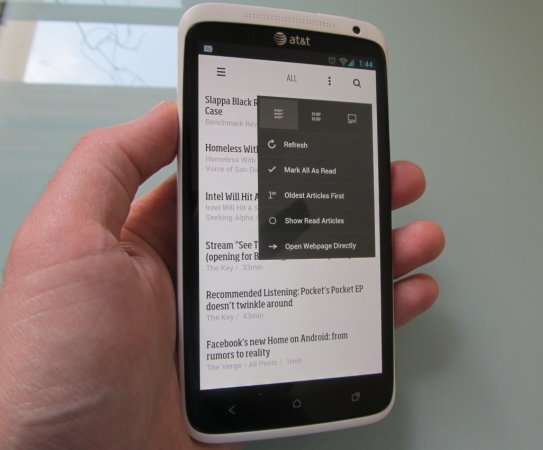 I’ve been using Feedly as my primary news reader for the past few weeks. And one of the features I’ve come to rely on is the ability to search my own RSS feeds.

This makes it easy to find an article I read or glanced quickly at a few days, weeks or months ago, whether I’ve saved it for later or not.

But Feedly says it current search-your-own-feeds service didn’t scale well enough to work with the influx of new users. So the company has removed it for now, planning to bring it back later this year.

Update: It turns out you can still search your own feeds, just not from the search box in the sidebar. Using the Feedly browser plugin, type “gg” and then enter your search term and then choose the “in my feedly option. 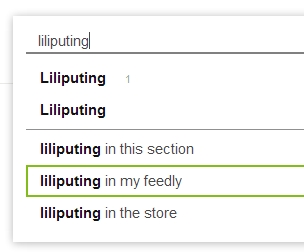 I don’t know why the Feedly team responded to my question saying that in-feed search had been removed… maybe it will be soon.

Update 2: The last vestiges of searching “in my feedly” were removed April 8th, 2013.

You wouldn’t know that from the official blog post — which brags about new search features including the ability to search “over 50 million feeds” to discover new feeds you may wish to subscribe to. But while I’m using Feedly to keep up on my news every day, now I have to go back to Google Reader if I want to search my own personal feed collection.

In a few months I won’t be able to do that anymore.

The good news is that some of the other new features Feedly is rolling out are pretty helpful, including a List View for its mobile apps, which lets you view new items headlines without any pictures. This lets you fit a little more content on the screen at one time.

You can also now mark individual feeds as “must reads” to help surface material from your favorite feeds more easily.

Feedly offers plugins for desktop web browsers including Chrome, Safari, and Firefox and mobile apps for iOS and Android. Currently Feedly synchronizes your data with Google Reader, but the company is working on its own API that will allow you to sync your feeds, saved stories, and other data across devices even after Google Reader shuts down. The company will also let third party apps use that API the way they currently use Google Reader.

Interestingly Feedly still doesn’t actually have a business model, so don’t be surprised if we start to see ads, or premium subscription-only features in the future. But aside from killing the personal feed search feature, the company’s doing a pretty good job of keeping the cloud-based RSS reader dream alive,.

Update: It looks like a Feedly Pro service is in the works, with support for premium features including offline reading, real-time unread counts, and… article search. It looks like my must-have feature will be coming back, but it won’t necessarily be free.

I’d be willing to pay a moderate subscription fee for a good cloud-based RSS reader. But if it Feedly Pro exceeds about $20 per year I’ll probably look into hosting my own RSS reader with ownCloud, Tiny Tiny RSS or something similar.

What have you been doing to get your RSS fix since Google announced the end of Reader?

5 replies on “Feedly updates its RSS apps, but removes a favorite feature (for now)”