When Google Reader shut down last summer a number of companies tried to fill the void by offering their own cloud-based feed readers. Feedly is one of the most popular, and the company’s done a pretty good job of building a fast, capable RSS reader that synchronizes data across your devices as well as a service that powers many third-party RSS apps for Android and iOS.

It seems like I’m not the only Feedly fan: it’s the only RSS reader that regularly shows up in the top 10 sources of traffic referrals for Liliputing.

Unfortunately Feedly is also a big target: This week the company has been battling Distributed Denial of Service attacks from folks trying to extort money. Over the past few days Feedly’s been up and down and up like a roller coaster. Hopefully the issues will be resolved soon, but now seems like as good a time as any to look at a few Feedly alternatives. 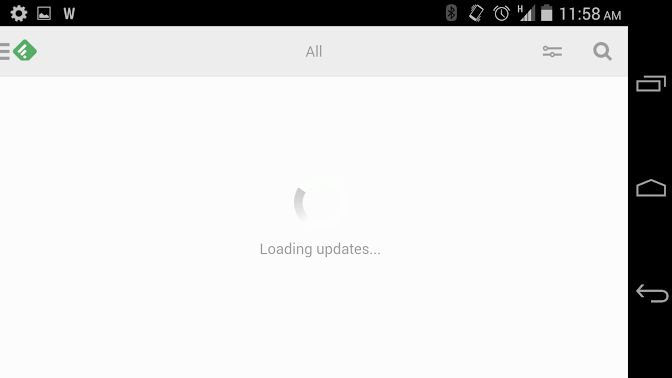 Even if you’re not planning on switching to another reader on a permanent basis, it’s a good idea to keep a backup that you can use when there’s a service outage. Fortunately it’s pretty easy to export your feed list from Feedly (when the site is accessible) and import it to most other RSS apps or services.

Just visit https://cloud.feedly.com/#opml to download your OPML file, which is basically a list of all your subscriptions, sorted by category.

When Google Reader announced it was shutting down in 2013, I signed up for a few RSS services. When Feedly went down for the first time this week, I logged into Digg Reader and discovered that my feed list wasn’t entirely up to date: some feeds I’d stopped reading were still there and many new websites I was following in Feedly were not. Fortunately during one of the moments when Feedly was back online I was able to download my OPML file and upload it to Digg Reader. 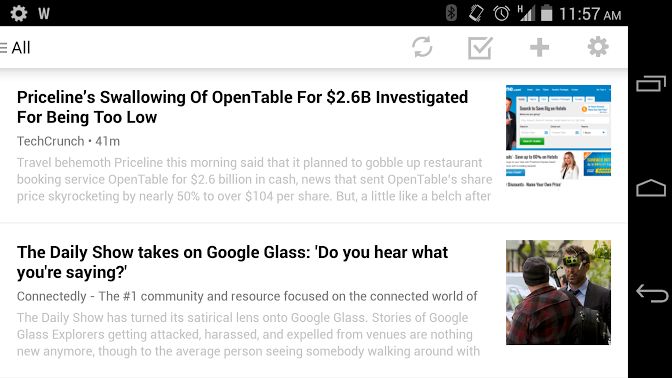 Like Feedly, Digg Reader is available via just about any web browser and the company also offers mobile apps. The Android app is actually quite nice, allowing you to scroll through an infinite list of news items while viewing thumbnail icons for pictures. Add a bookmark to an item in your mobile device and it’ll showed up in your saved items in the web browser.

Unfortunately the user interface isn’t as customizable as Feedly’s, and when viewing a large list of items there’s no quick way to mark a subset as read. You can either read one item at a time or mark all as read.

Looking for another solution I turned to InoReader, a relatively popular feed reader with a simple user interface, a web app, an Android app, and support for third-party mobile apps. 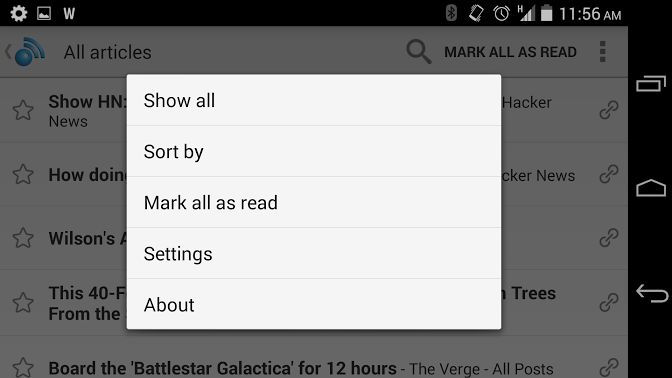 Like Digg Reader, the mobile app for InoReader provides an infinite scroll, but you can long-press any item to “mark above as read” or “mark below as read,” which comes in handy if you’re skimming a list of several hundred items and don’t have time to get through every article in one sitting.

You also have a few more options in the mobile app, including the ability to sort by newest or oldest, show or hide unread counts, adjust the theme or text size, and synchronize feeds for offline reading.

Overall I’ve grown pretty fond of InoReader over the last few days.. and best of all, like Digg Reader it’s completely free to use. There are two things I’m still getting used to though: InoReader doesn’t feel quite as zippy as Feedly, and the keyboard shortcut for saving items to read later is “F” for Favorites instead of “S” for Saved or Starred. It’s a little thing, but if you flip back and forth between multiple services, remembering which shortcut to use can be a bit tricky.

There are many other cloud-based RSS readers available, not to mention self-hosted clients which you can put on your own server such as Tiny Tiny RSS or ownCloud News Reader, or desktop clients or mobile apps that are designed to run on a single device rather than synchronizing your feed list across devices.

A few other popular options are The Old Reader, NewsBlur, MultiPLX, Feedbin, and Feedspot, just to name a few. And of course, a growing number of people keep up on news from websites they care about by following them on Facebook, Google+ or Twitter.

Since I plan to stick with Feedly as my daily news reader, I’ll probably continue using InoReader as my backup service until Feedly becomes a bit more reliable again. But it seems like there are many more options today than there were when Google Reader closed up shop in 2013.

How do you get your news these days?

10 replies on “As Feedly battles DDoS attacks, here are some other RSS readers”