The Raspberry Pi is a $25 to $35 computer that’s about the size of a deck of cards. But the little PC isn’t really much use without software to run on it — and that’s where Seneca College’s new Fedora Remix for the Raspberry Pi comes in. 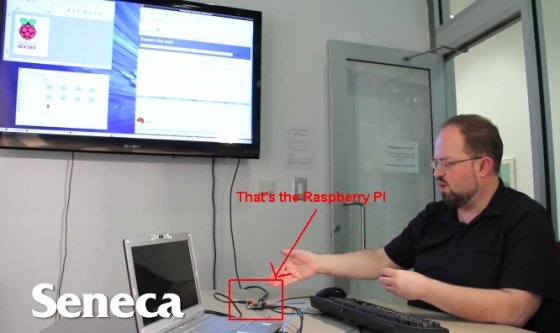 A group of developers has optimized a version of Fedora Linux to run on the $35 computer and play well with its ARM-based processor. The complete operating system can be loaded onto a 2GB SD card, which would probably add just a few bucks to the cost of the computer.

The operating system comes preloaded with a web browser, word processor, and other applications, and users should be able to install third party apps.

Seneca’s demo video doesn’t just provide a look at the Raspberry Pi remix, but also Seneca’s build farm with a number of other devices with ARM-based processors.

Long story short, Fedora Remix will make the tiny computer useful for those looking for a low cost computing solution. Once you have the operating system on an SD card, all you need to do is plug in a keyboard and display to start using the computer.

If you’re looking for something a little more media-centric, a version of the open souce XBMC media center software has also been ported to run on the Raspberry Pi hardware.

Update: Fedora Remix for the Raspberry Pi is now available for download.