Fedora 31 is here, and it brings a number of improvements, new features, and other software updates.

Fedora is a free and open source GNU/Linux-based operating system backed by the folks at Red Hat… a company which was acquired by IBM earlier this year. So it’s good to see that it continues to receiver regular updates. 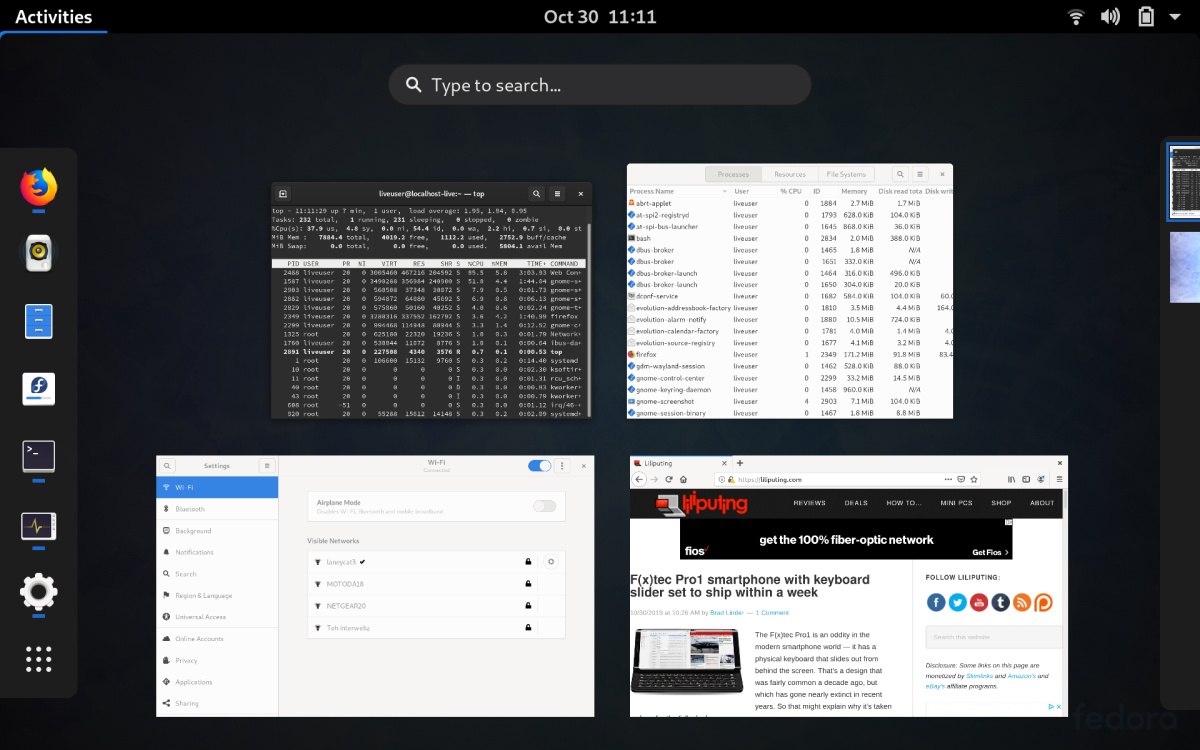 Among other things, Fedora 31 includes an update to the GNOME 3.34 desktop environment, improvements to the Wayland display manager, a move to a Linux 5.3 kernel and many, many other changes.

And that’s just for the default workstation version of Fedora.

There are also a number of “spins” with alternate desktop environments including KDE Plasma, Xfce, LXQT, LXDE, MATE, Cinnamon, and Sugar. And Fedora Labs offers custom versions of the operating system with software for astronomy, multimedia creation, and gaming, just to name a few options.

That means that while you can install apps and customize the user experience, it’s difficult for normal users to do anything that would cause a computer running Silverblue to stop booting properly. The operating system is also more resilient against some types of malware for this reason.

It looks like the latest stable version of Silverblue is still based on Fedora 30, but a beta of Fedora 31 Silverblue is already available, so a stable build should be ready any day now.