Google is pulling the plug on its last big attempt to go head-to-head with Facebook in the social media space. The company had already announced that Google+ would shut down in April. Now the company is telling us what happens between now and then. 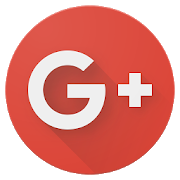 Long story short: if you’ve been using Google+ you’re going to want to back up your data as soon as possible.

Come April 2nd, 2019, Google will shut down your Google+ account and any pages you’ve created… and the company will also delete any photos or videos from your account.

Fortunately, tools are already available to download your data.

Here’s a timeline of what happens between now and April 2nd:

If you manage a Google+ community, Google says you can already download and save some of the data from that service, but additional data will be available for download in March.

If you use Google+ to sign into websites, that functionality will also go away in the next few weeks. But Google says that some websites may switch to just letting you sign in with Google (as opposed to Google+). The transition isn’t automatic though. As far as I understand it, web developers will have to manually make the change, so don’t be surprised if some websites don’t do that by the deadline.

Developers who use the Google+ API have until March 7th to transition away from it.

The one set of folks who will still be able to keep using some form of Google+ indefinitely are G Suite customers, who are actually in line for some new features as Google basically turns its social network into an enterprise service.