Over the past few years ARM-based processors have been getting more and more powerful, while chip makers have been working to make x86 chips more power efficient. So it should come as no surprise that we’ll soon see smartphones and tablets with Intel chips. But we may also see laptop and desktop computers with ARM processors one day — or at least very powerful phones and tablets. 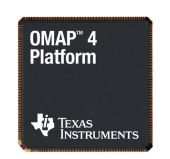 The folks at Phoronix decided to compare a group of computers with Intel and ARM processors by loading up Ubuntu Linux 12.04 alpha and running a series of benchmarks. Ubuntu makes a good choice, because there are versions of the operating system optimized to run on ARM or x86.

Unfortunately the benchmarks are sort of skewed by what hardware the author seemed to have lying around, because it pits a device with one of the newest Texas Instruments ARM-based processors against a PC with one of the oldest Intel Atom chips.* But the results are still kind of interesting.

In a nutshell, the system with a 1 GHz TI OMAP 4460 dual core processor came out ahead of the netbook with a 1.6 GHz Intel Atom N270 chip in some of the benchmarks, and came out behind in others.

For instance, the OMAP system was almost ridiculously slow when encoding video with FFMPEG, but it was almost as fast as the Atom system with H.264 video encoding. The ARM system actually came out ahead in audio encoding tests as well as some other benchmarks.

In other words, depending on what you’re using it for, a computer with a modern ARM-based CPU might function about as well as one with a 4-year-old low power x86 processor. Yeah, that’s faint praise, but to be honest, today’s Atom processors aren’t much faster than those released in 2008 (although Intel has moved to dual-core chips).

But perhaps we could see netbooks, low power desktops, or other computers with ARM-based processors one day. While these tests were run on Ubuntu Linux, there are other operating systems that can run on both ARM and x86 architecture — including Windows 8, which will be released later this year.

* The charts in the Phoronix article are also a little funky because the author refers to the OMAP 4460 chip as an OMAP 4660 and describes the Atom N270 as a dual core processor. It’s not. It’s a single core chip with support for hyperthreading, so process managers tend to report it as having two cores.