Over the past few years modular smartphones have kind of become a real thing. Google may have killed Project Ara, but Motorola’s Moto Z phones can learn new tricks when you slap a module on the back of the phone. The new Essential Phone has similar support for modular add-ons… even though there’s only one module available so far.

But those phones support add-on modules. What about modules that actually let you upgrade or replace your phone’s components? It turns out there’s one phone that can do that.

When the Fairphone 2 launched in 2015, its makers promised to deliver a phone built from ethically-sourced materials that would be easy to repair and possible to repair and upgrade, thanks to a modular design. While that design certainly makes the phone easier to fix than most other smartphones, Fairphone has been slower to offer any sort of upgrade features.

That changes today. Fairphone is now offering camera modules that you can use to upgrade the front and rear cameras on the Fairphone 2. 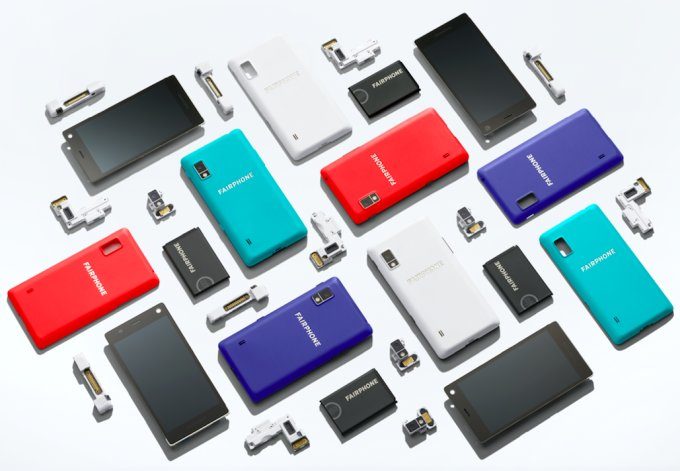 The Fairphone 2 originally shipped with:

Now you can replace those cameras with:

All you need to perform the upgrade is a screwdriver.

In addition to the cameras, the phone has batteries, screens, and speakers that are easy to replace. Right now there are no upgrade options available. But if one of those components breaks, the modular design allows you to order a replacement just for the part you need to fix rather than paying for a whole new phone.

Many of the Fairphone 2’s other specs are starting to look a bit dated, including its Qualcomm Snapdragon 801 processor, 2GB of RAM, and 32GB of eMMC 5 storage. But there’s really no other phone quite like the Fairphone 2 on the market — in addition to upgradeable cameras, it has swappable cases and whenever possible, Fairphone uses conflict-free minerals to build the phone.

So far, Fairphone says more than 75,000 people have bought a Fairphone 2. That’s small potatoes by Samsung or Apple standards. But it’s not bad for a small Dutch organization with a social mission.