At first glance, you could easily mistake the Fairphone 4 for any modern mid-range Android smartphone. It has a 6.3 inch LCD display, a Qualcomm Snapdragon 750G processor, up to 8GB of RAM and 256GB of storage and a microSD card reader, but no headphone jack.

But unlike most phones, the Fairphone 4 is designed to last a long time. It comes with a 5-year warranty, and Fairphone plans to continue offering software updates through at least the end of 2025, if not longer. 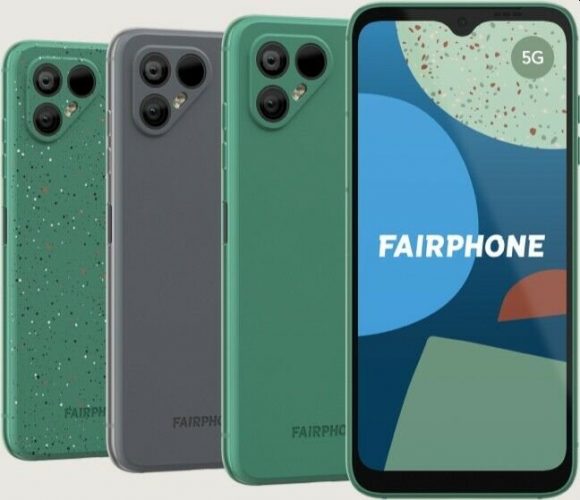 The Fairphone 4 is up for pre-order for €579 and up, along with Fairphone’s first product that’s not a phone, a set of true wireless earbuds priced at €100 (which could come in handy if you’re interested in buying a phone without a headphone jack).

The Fairphone 4 has a modular, repairable design that means not only can you remove and replace its battery, but also the speaker and camera modules, among other things. So if part of the phone breaks down, you can replace it. And the company may even offer upgrade modules at some point (it’s happened before).

At a time when some Android phone makers are finally starting to deliver software updates for as long as five years, Fairphone is offering a 5-year hardware warranty. Like I said, this phone is meant to last.

Of course, most phone makers have some incentive to make phones that last so long: they want to sell you new models every few years. But Fairphone is unusual in that it’s a “social enterprise” rather than a standard company, which means that while the company aims to make a profit, that’s not Fairphone’s only consideration.

The company’s first phone was designed to be made from ethically-sourced materials that didn’t come from conflict zones, and starting with the Fairphone 2, the company has also focused on sustainability by emphasizing modular, repairable designs for its products.

The Fairphone 3, which launched two years ago, is a mid-range phone with a Qualcomm Snapdragon 632 processor, 4GB of RAM, 64GB of storage, and a repairable design that allows you to pick up a spare screen, battery, camera, or other components from the Fairphone website to perform your own repairs.

Last year the company introduced the Fairphone 3+ which is basically the same phone, but with an upgraded camera. It’s a small upgrade and certainly not worth buying a whole new phone for… but if you already have a Fairphone 3 you can effectively turn it into a Fairphone 3+ by purchasing just the new camera module.

Fairphone also has a history of providing long-term software updates… sometimes even for phones with hardware that has been abandoned by other device makers. The Fairphone 2, for example, may be the only smartphone with a Qualcomm Snapdragon 801 to receive an official Android 9 update from its manufacturer. Qualcomm never officially supported Android 9 for that processor, but the Fairphone team released a custom build of Android based on the open source LineageOS to make it happen.

Fairphone’s devices also have unlocked bootloaders for folks that want to try their hands at installing custom ROMS or even mobile Linux distributions like Ubuntu Touch.

If there’s one down side to Fairphone’s previous phones though, it’s availability – the phones are only sold in Europe and have limited support for cellular networks outside of that region.

The Fairphone 4 is a brand new device, so there’s no way to upgrade an earlier model to turn it into a version of the company’s 4th-gen smartphone. But like the company’s previous models, it’s designed to be repairable and potentially upgradeable. 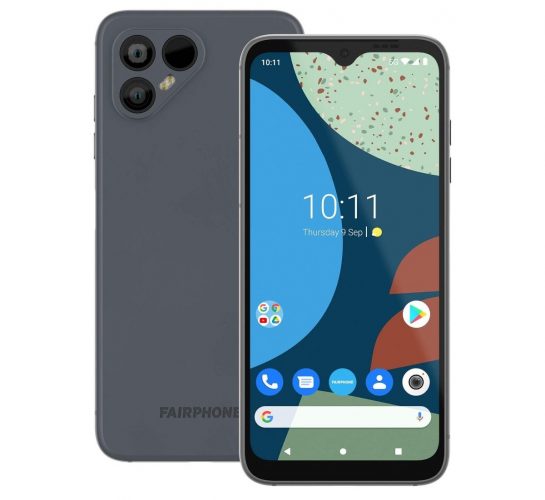 The company will sell 8 different spare parts for the phone including: 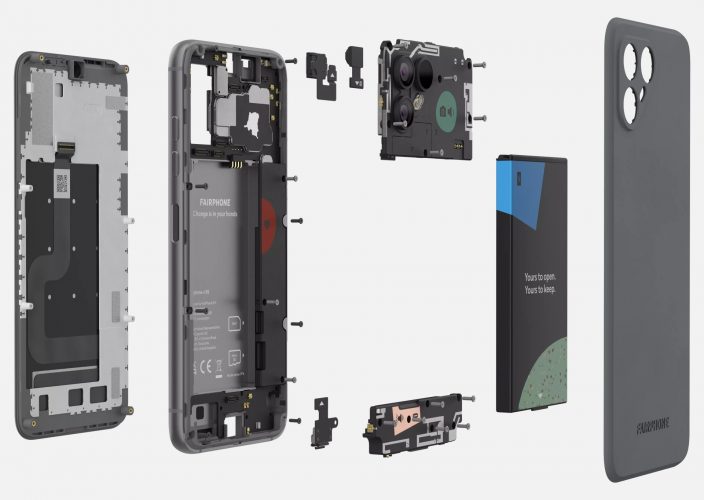 As part of its emphasis on sustainability, Fairphone is promising that purchases of a Fairphone 4 will be “electronic waste neutral.” The company says it will do that “by responsibly recycling one phone (or an equal amount of small electronic waste) for every Fairphone 4 sold.” Customers can also send in their own old phones to Fairphone to have them refurbished. 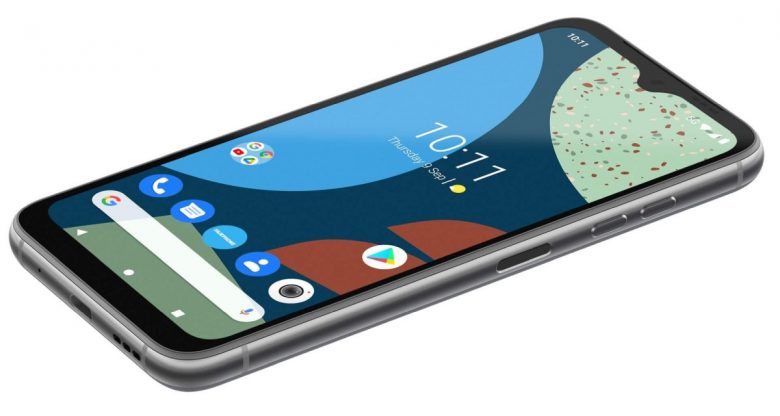 And the company is continuing its use of ethically-sourced materials, now using gold, aluminum, and tungsten from fair trade certified vendors and recycled tin, plastic, and rare earth minerals. The back cover of the Fairphone 4 is made entirely from 100% post-consumer recycled polycarbonate. That’s not to say that every material used in the phone comes from sources that pay living wages and meet other conditions necessary to meet the company’s standards for sustainable and “ethically-sourced” materials, but Fairphone says it’s getting closer.

The Fairphone 4 will ship with Android 11 at launch, but Fairphone is promising guaranteed software updates through the end of 2025, the company plans to offer Android 12 and Android 13 updates in the future. The company is also hoping to be able to continue supporting the phone even after that, with Android 14 and 15 updates coming by the end of 2027, but right now that’s an ambition rather than a promise. 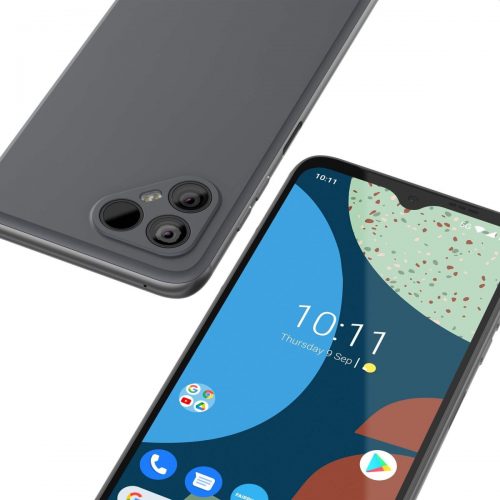 The Fairphone 4 is up for pre-order in Europe starting today for €579 (~$670) and up, and it’s set to begin shipping October 25, 2021. Unfortunately, like the company’s previous phones, there appear to be no plans to make a model for North America.

Here’s a roundup of the phone’s key specs:

For the first time, Fairphone is also expanding beyond smartphones. The company is launching a set of true wireless earbuds made with 30% recycled plastics and fair trade gold. 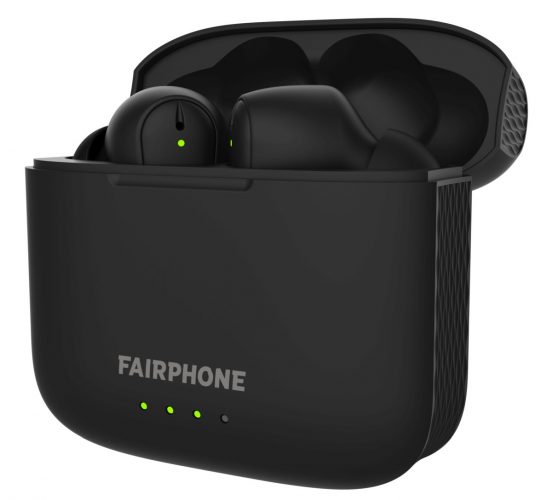 The new Fairphone true wireless earbuds are up for pre-order now for €100 (~$115) and should begin shipping November 1st.

Fairphone says the earbuds support Bluetooth 5.3 with A2DP, HFP, and AVRCP profiles and work at a range of up to 10 meters (33 feet). 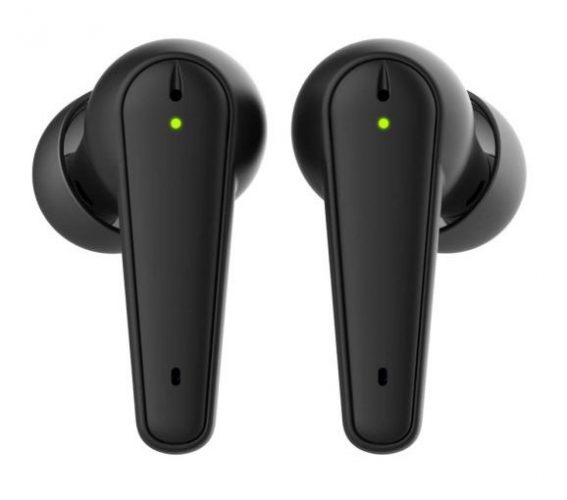 The earbuds have a 45 mAh battery, but they come with a charging 500 mAh charging case. Fairphone says it’s adapted the charging speeds for the case and earbuds to ensure longevity. And the company does not ship the earbuds with a charging cable to cut down on e-waste, under the assumption that most customers will already have a USB-C charging cable or two lying around (if not, you can buy one separately).