The Fairphone 2 is a smartphone that was designed for customers who cared more about ethical considerations than bleeding-edge specs. But nearly three years after launch, the folks at Fairphone are continuing to offer software updates for the handset — which is more than most phone makers can say.

Sure, the latest update only delivers Android 7.12 Nougat at a time when Google is shipping phones with Android 9.

But here’s the thing — the Fairphone 2 is the first and only smartphone with a Qualcomm Snapdragon 801 processor to get an update to Nougat. 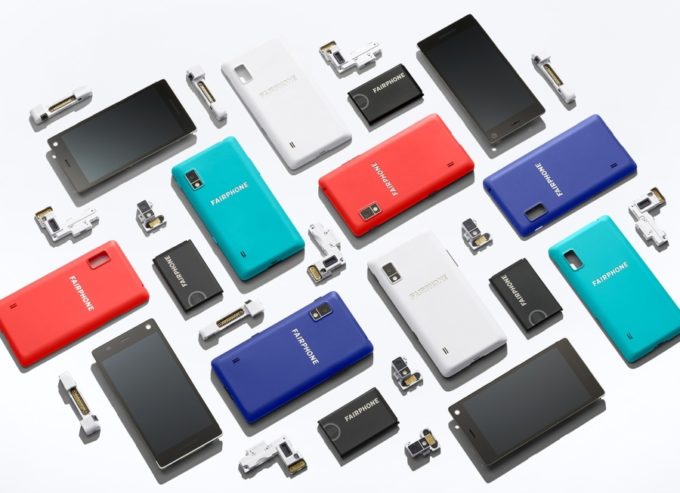 The Fairphone 2 was released in December, 2015 and it ran Android 5.1 Lollipop at the time.

It was later updated to run Android 6.0 Marshmallow, and Fairphone officially supports installation of third-party operating systems: there are ports of Sailfish OS, Ubuntu Touch, and LineageOS for the phone.

A few things that make the Fairphone 2 unlike other phones are the designers’ efforts to use as many materials as possible from ethically-sourced suppliers, a modular design that makes the phone easy to repair, and the aforementioned embracing of alternate operating systems.

So while the phone’s Snapdragon 801 processor, 2GB of RAM, 32GB of eMMC5 sotrage, 2,420 mAh battery, micro USB 2.0 port, and 5 inch, 1920 x 1080 pixel display might look a bit dated by modern standards, it’s a phone that’s relatively rare for being a device that’s designed to last a long time — not necessarily because the hardware will never break down, but because it’s simple to replace a dead battery or a broken screen.

So the fact that the company continues to offer official software updates nearly three years after launch is another check in the plus column… at least for folks who already own a Fairphone 2.

For new customers, the proposition is a bit trickier. There’s no word on if or when we’ll see a Fairphone 3 with more modern specs… and the €529 (~$600) price tag for the phone hasn’t gone down in the last three years.

That’s a lot of money to spend today on a smartphone with a processor that was released four years ago and which is only now receiving a software update to run a version of Android released two years ago.